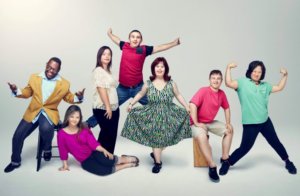 Rockville, Md., July 18 – For the cast of Emmy award-winning Born This Way and others with disabilities, acquiring a sense of financial stability is important in being able to live an independent life.

Born This Way, a reality TV show just nominated for six Emmy awards, including again for the 2017 Emmy Award for Outstanding Unstructured Reality Program, which the show won in 2016, is centered on seven young adults with Down syndrome living their day-to-day lives, all while pursuing their passions, following their dreams and defying stigmas. In the final episode of season three, Megan and her mother Kris learn about opening an A Better Life Experience (ABLE) account. ABLE accounts are savings accounts designed specifically for people with disabilities and their families to aid them in financial independence.

END_OF_DOCUMENT_TOKEN_TO_BE_REPLACED 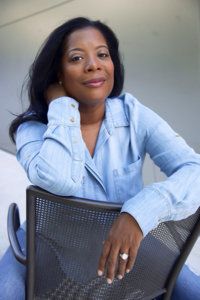 Rockville, Md., July 13 – Leah Daniels-Butler, “Empire” casting director, will be speaking at RespectAbility’s summit From Hollywood to Capitol Hill: The Future of Americans with Disabilities.

Daniels-Butler is a casting director and producer most notable for launching the careers of gifted actors like Best Actress Nominee Gaborey Sidebe, star of the Academy Award winning film “Precious,” securing talent for both blockbuster and award-winning films like “2 Fast 2 Furious” and “Lee Daniels, The Butler” and as Casting Director for television’s #1 show, “Empire.”

Her ongoing commitment to championing the inclusion and representation of diverse acting casts of color, gender and ability has guided her career path to being appointed a National Board Director for the Casting Society of America, spearheading the CSA’s Diversity and Inclusion Committee.

END_OF_DOCUMENT_TOKEN_TO_BE_REPLACED

From Hollywood to Capitol Hill: The Future of Americans with Disabilities

A Special Summit for Congressional and Senate Staff, Journalists and Disability Advocates Featuring Marc Summers of The Food Network and Tommy Morrissey, the One-Arm Golfer

END_OF_DOCUMENT_TOKEN_TO_BE_REPLACED

Rockville, Md., June 27 — In the U.S., schools were not required to provide special education until 1975. Today, the fight for inclusive education remains a constant battle for parents and students. Born This Way, a reality television show that stars seven diverse young adults with Down syndrome, shines the spotlight on the importance of inclusive education and the Individualized Education Program (IEP) process.

END_OF_DOCUMENT_TOKEN_TO_BE_REPLACED

Hosted by Lauren Appelbaum (@laurenappelbaum) of RespectAbility (@Respect_Ability), this Twitter chat will take a look at ideas explored in #BornThisWay by the young adults with Down syndrome and their parents.

Don’t have cable? You can livestream the show on A&E’s app.

You can find the questions for this chat in this post.

END_OF_DOCUMENT_TOKEN_TO_BE_REPLACED

Talking Positively about Sex and Disability

Rockville, Md., June 19 – Sexual education for young adults with developmental and intellectual disabilities is extremely important. Born This Way, a reality television show that stars seven diverse young adults with Down syndrome, is doing its part to highlight this.

According to the National Crime Victimization Survey, an average of 59,000 adults with disabilities are raped or sexually assaulted each year. Approximately half of all adults with cognitive disabilities will experience 10 or more sexually abusive incidents in their lifetime.

The upcoming episode of Born This Way on June 20, 2017 highlights the importance of sexual education as it relates to dating and marriage. The cast speaks with Terri Couwenhoven MS, CSE, a well known sex educator and author. Couwenhoven specializes in the design and implementation of sexuality programs and resources for people with cognitive disabilities, their parents and the professionals who support them.

In coordination with Couwenhoven, RespectAbility has released a lengthy guide featuring resources for sexual education for children, teenagers and adults with disabilities, with a focus on those with intellectual and developmental disabilities.

END_OF_DOCUMENT_TOKEN_TO_BE_REPLACED 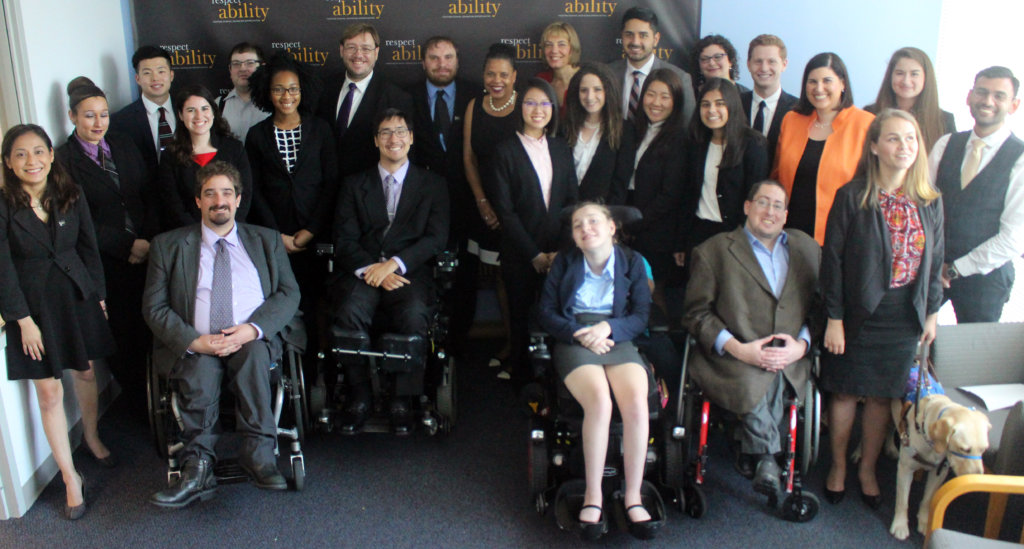 Rockville, Md., June 12 – When Donna Walton walked into the RespectAbility office, she greeted us with a radiant smile and embraced me a warm hug. A champion for empowering women with disabilities, Walton brought an air of confidence and acceptance that could be felt by everyone in the room.

An engaging story-teller, Walton unfolded the obstacles she had to endure to become who she is today – a leader in the fight for the respect and dignity she believes all people deserve, especially African American women with disabilities. After losing her leg to osteogenic sarcoma in 1976, she described her need “to ensure that individuals like myself would not endure the trajectory of experiences I had lived.”

Walton is the president of LEGGTalk, Inc., which provides resources for individuals in transitional stages and strives to empower individuals to conquer their personal limitations and help them succeed. She also created the Divas With Disabilities Project, which has a goal of helping to shape the perception of what “disability” looks like by promoting women of color through various media platforms.

END_OF_DOCUMENT_TOKEN_TO_BE_REPLACED

Born This Way Fan Guide: Free Resources You Can Use

Washington, D.C., June 4 – In coordination with this Tuesday’s episode of Born This Way, RespectAbility has released the Born This Way Fan Guide with free resources for a variety of individuals with disabilities. The guide includes free tools, contacts, information and services around:

END_OF_DOCUMENT_TOKEN_TO_BE_REPLACED

Hosted by Lauren Appelbaum (@laurenappelbaum) of RespectAbility (@Respect_Ability), this Twitter chat will take a look at ideas explored in #BornThisWay by the young adults with Down syndrome and their parents.

Don’t have cable? You can livestream the show on A&E’s app.

You can find the questions for this chat in this post.

END_OF_DOCUMENT_TOKEN_TO_BE_REPLACED 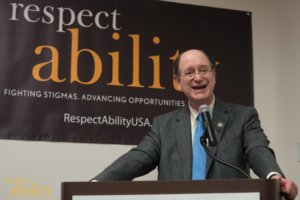 Led by Rep. Brad Sherman, participants during RespectAbility’s “Workforce Development” session discussed how to move the needle on the employment rate of people with disabilities in Los Angeles, California and the country.

Washington, D.C., June 3 – RespectAbility is known for identifying and sharing best practices around advancing education, inclusion, training and employment for people with disabilities. Rep. Brad Sherman, the 10-term Congressman, is known as a serious legislator. So what are they doing in a reality show made by the same company that created Keeping up with the Kardashians, Rob & Chyna and Total Divas?

The reason is simple: they cohosted a major summit with Emmy-winning reality-TV innovator Jonathan Murray (executive producer of the shows listed above, in addition to Real World, Born This Way, Autism the Musical and others), former President George W. Bush appointee on disability issues, Steve Tingus, which was attended by cast members from the Emmy-winning show Born This Way.

The summit, entitled “Ending Stigmas & Bigotry: Expanding Employment for People with Disabilities,” was presented by Rep. Sherman working in partnership with RespectAbility, a nonprofit organization fighting stigmas and advancing opportunities for people with disabilities. 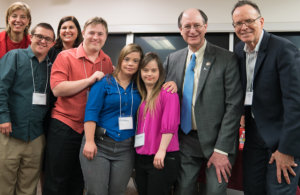 Both Murray and Tingus serve on the board of RespectAbility, whose president, Jennifer Laszlo Mizrahi, and communications director, Lauren Appelbaum, are all featured in an episode of Born This Way that will air on Tuesday night at 10 PM ET/9c on A&E.