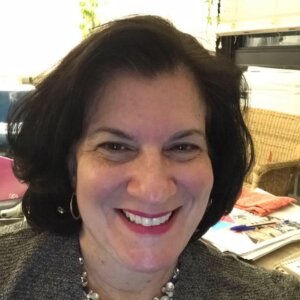 Nina Fiore-Bogdanov has extensive experience in content creation for digital and tv, curriculum development for afterschool programs, and an academic background in child development and education research at Harvard.

Fiore-Bogdanov is also the founder of the Astoria Film Festival. Established as a way to give her disabled son fun, inclusive filmmaking workshops to attend, the Festival has evolved to create a supportive local filmmaker community, and to provide filmmaking education, work experience, and industry connections for local youth (especially disabled, BBIA, first-Gen, immigrant, LGBTQIA+, female, and/or low-income youth) interested in media/film/tv careers.

Fiore-Bogdanov began her career in the children’s TV space at Sesame Workshop, and then as part of the group at Viacom that launched the original linear Noggin channel.  She then became an education researcher, and eventually, Communications Director, for a nonprofit at Harvard Medical School that focused on students’ mental health in school & after school settings, as well as the Managing Editor of a Developmental Psychology Journal. Fiore-Bogdanov has a BA and EdM from Harvard University.  She currently lives in her hometown of Astoria, Queens, where she also homeschools her son.

As a Development Fellow with RespectAbility, Fiore-Bogdanov worked closely with the writers of the following scripts: