Statement of Olegario “Ollie” D. Cantos VII, Esq., The New Chairman of the Board of Directors of RespectAbility 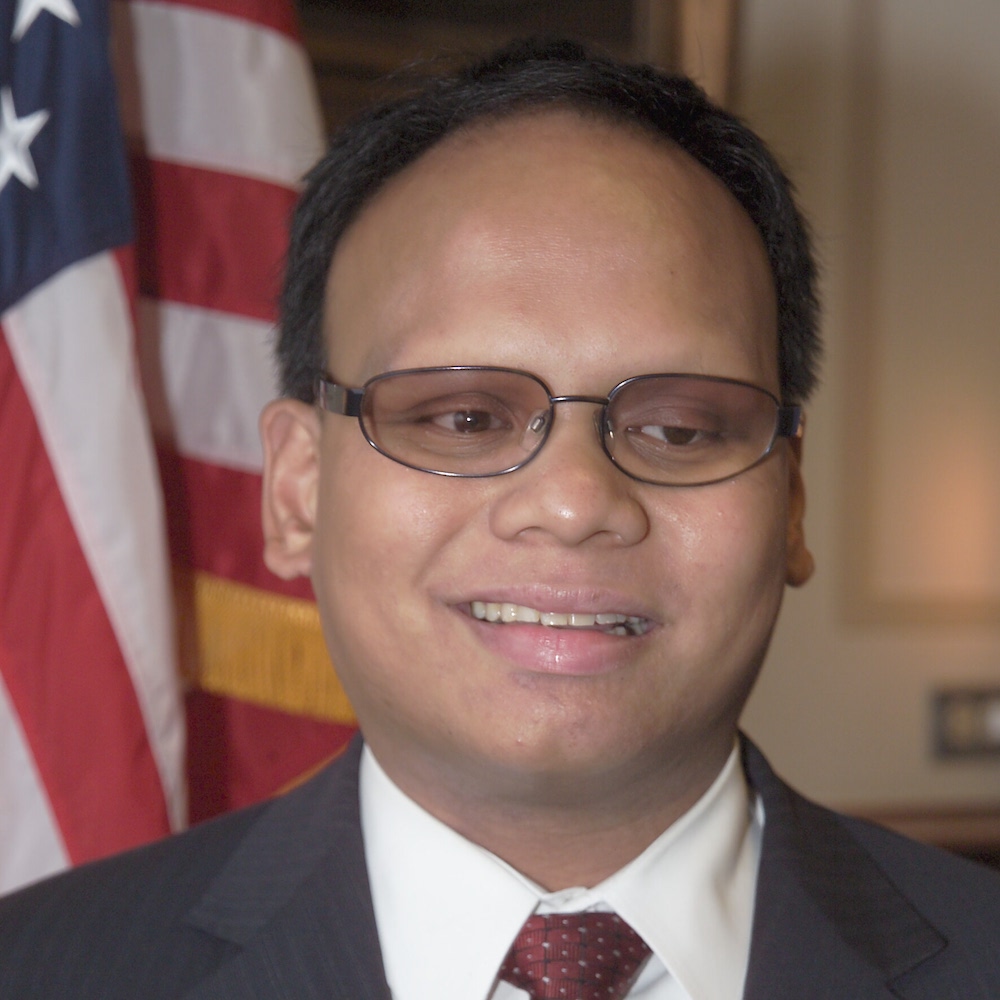 Last week, I was privileged to have been elected the fourth Chairman of the Board of Directors of RespectAbility, a national non-profit non-partisan organization whose mission is to fight stigmas and advance opportunities so people with all types of disabilities can fully participate in all aspects of community.

Thirty-one years ago, the Nation and the world witnessed a historic moment as President George H. W. Bush signed the landmark American’s with Disabilities Act (ADA) into law. Resulting from years of advocacy by and for people with all types of disabilities and the organizations that represented them, the ADA marked the culmination of a bipartisan effort that united a number of stakeholders, both large and small, from all across the country. Almost immediately, the walls of discrimination began to come down within the areas of employment; state and local government programs, services, and activities; places of public accommodation; transportation; and telecommunications.

Since then, more than a generation has passed. Millions of children, young adults, and young 30-somethings are now living who never knew a moment in their lives when the ADA was not on the books. While those of us who are older and who remember what life was like before can share stories with them, the many accommodations that we know today can almost be taken for granted. The greater accessibility we know now did not occur on its own, but rather was the result of the priceless sacrifices of people from every background, with and without disabilities.

And yet when individuals from times of old recount many of their struggles, countless stories sound eerily similar to the challenges that so many of us still face today. New buildings still often fail to meet applicable standards, and renovations do not always include removal of barriers. Employment discrimination based on disability still occurs in thousands of instances annually. Hotels, restaurants, recreational facilities, doctors’ offices, stadia, and all manner of places of public accommodation remain inaccessible. Towns, cities, and states still often fail to meet their legal obligations under the ADA. Transportation accessibility continues to be fleeting for many, telecommunications inaccessibility keeps challenging significant segments of the disability community, and thousands of websites, either in whole or in part, are not accessible to millions of people with different types of disabilities.

But while much work remains on these and other fronts, it is equally clear how far society has come. In addition to many examples of the physical and programmatic improvements, attitudes by and about fellow people with disabilities have also evolved. It is no longer a foregone conclusion that our people must necessarily be subjected to second-class status, being told that we should be happy for whatever we can get, even if that entails fulfilling mediocre expectations at best. Instead, thanks to civil rights champions over the expanse of many decades, the disability community has changed its collective paradigm to assert that we have the right to rise to whatever stratospheric heights of success to which we justifiably dare to go, recognizing that even the sky itself need not be the limit. Far more than in generations past, we, the members of the disability community, are better positioned than ever to exercise our right of self-determination to shape the course of our own lives. We are more highly-organized than ever, and our voices are stronger as we speak up and speak out – TOGETHER.

So as I take the helm of RespectAbility as the new Chairman of the Board, I do so with great humility. Our organization, founded by the legendary Jennifer Laszlo Mizrahi as President along with Co-Founders Shelley Cohen, Donn Weinberg, Doc Sweitzer and others, began its work in July 2013 and since has grown by leaps and bounds to become the welcoming, inclusive, and impactful organization that it is today. Our work has concretely touched the lives of millions of Americans as we magnify the power of the disability vote by asking focused questions of candidates for high political office, as well as leaders on employment, nonprofits, media and more. We have been forceful in making our voices effectively heard by urging all leaders and organizations consciously to support the full inclusion of persons with disabilities in every aspect of community life. We have devoted significant attention to supporting the economic advancement of students, job-seekers, and entrepreneurs with disabilities. We have pushed hard to help eliminate old and outdated stereotypes about disability by working with key leaders in the entertainment industry to portray people with disabilities accurately. And we have concretely expanded opportunities for persons with disabilities to work in Hollywood, both in front of and behind the camera. In all these endeavors and more, we continually train an emerging cadre of some of the most promising rising leaders with disabilities by exposing them to real-world experiences while affording them with real chances to make an immediate and positive impact.

I wish to express my deepest appreciation to Jennifer for her tireless efforts, to Chairman-Emeritus Steve Bartlett (a lead co-author of the ADA as a Member of the House of Representatives from Texas), to our incredible Board of Directors and Board of Advisors, our awesome Staff, our Leadership Fellows, and our many supporters and partners, without whom our accomplishments would have been impossible. I congratulate Delbert Whetter and Randy Duchesneau on their elevation to Board Vice Chairs, joining Vivian Bass as she continues her tenure as Vice Chair and as an original co-founder. I also congratulate our new secretary Ila Eckhoff, and extend gratitude to Linda Burger for her ongoing work as RespectAbility’s Treasurer. I also welcome three new members to our Board of Advisors: Karen Horne, Senior VP Equity and Inclusion at WarnerMedia; Craig Leen, Partner at K&L Gates and former director of the Office of Federal Contract Compliance Programs (OFCCP) at the U.S. Department of Labor; and Stacie M. deArmas, Senior Vice President, Diverse Consumer Insights & Initiatives, DEI Practice at Nielsen. I extend a special thank you to Vincenzo Piscopo, who chairs our strategic planning committee, something you will hear a lot more about soon.

As we look ahead, we have the priceless opportunity to partner with other disability groups and allies to facilitate the greatest and most positive impact. We are limited only by our collective imagination!

Ollie Cantos is the Chairman of RespectAbility’s Board of Directors. He is a noted civil rights attorney who has won numerous national awards and has been appointed to positions by two presidents. Blind himself, he adopted triplets who are also blind and who became the first blind triplets to become Eagle Scouts.

Previous: RespectAbility Advises the National Council on Disability on the Imperative of Fighting Stigmas that Hold Back People with Disabilities

Next: How Pixar Casts Talent Authentically in Animation with Erica Milsom and Krissy Cababa