Ila Eckhoff, Board of Directors – Secretary 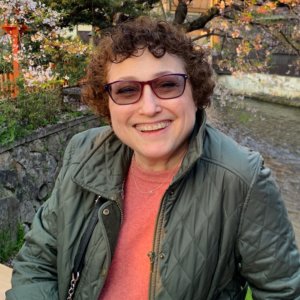 Ila Eckhoff, CPA, Managing Director, is a member of BlackRock’s Business Operations as part of Investment Operations. She is responsible for leading BlackRock’s Industry and Counterparty Management strategy and TSS Services for Aladdin clients. Ms. Eckhoff serves on a number of committees, including the Business Operations and Technology Leadership Committees, and Government Relations Steering Committee. She is also a leader of Blackrock’s ABN- Ability Network.

Ms. Eckhoff has had several roles at Blackrock, most recently managing the Market Initiatives team coordinating operational initiatives associated with meeting Dodd Frank and EMIR commitments for Over the Counter (OTC) derivatives working alongside the market structure, portfolio management, technology, and legal teams. Prior to that, Ms. Eckhoff managed BlackRock’s US Derivative Operations and Trading Operations Groups where she was responsible for collateral management and trade confirmation across fixed income and equity, swap payments and OTC legal confirmations. In addition, she has worked to enhance the firm’s system capabilities and develop the operations infrastructure for derivatives. Ms. Eckhoff has also developed and implemented collateral and swap payment processes and procedures for alternative products at the firm. Prior to joining BlackRock in 2000, Ms. Eckhoff managed the New York Collateral teams at both Barclays Capital and Credit Lyonnais, handling all interest rate, FX and equity derivatives. In this role, she was responsible for coordinating global collateral management for all US clients working with legal, tax and regulatory reporting. At Credit Lyonnais, she also managed the Accounting Policy Group where she developed and implemented the Bank’s procedures on collateralized derivative trading.

Ms. Eckhoff is co-chair of SIFMA/AMF Derivative Operations Committee, a member of the ISDA Collateral and Credit Steering Committees and a member of the SIFMA AMG Committee. She is also a member of MarkitServ’s Advisory Committee and the Cerebral Palsy Foundation and RespectAbility Boards of Directors. Ms. Eckhoff earned a BA degree in economics from Brandeis University and an MBA degree in Accounting from Baruch College.