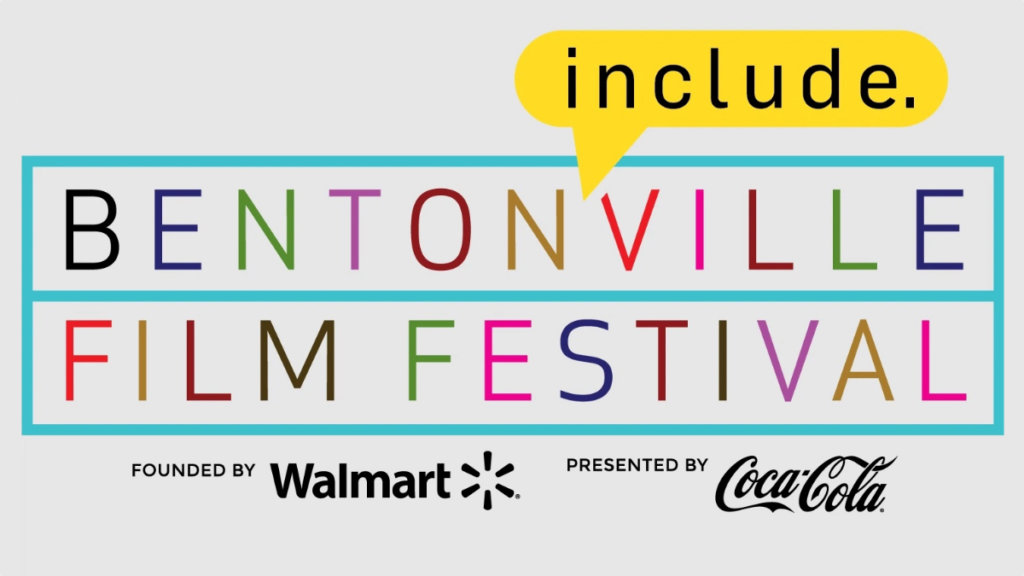 Bentonville, Arkansas, August 4 – The Bentonville Film Festival (BFF) took to the screens – both live in Arkansas and virtual on computers and TV sets throughout the country – for its seventh year. Chaired by Academy Award winner Geena Davis, BFF champions women and diverse voices.

Below please find a guide to several of the films featuring disability in the plot or talent with disabilities. 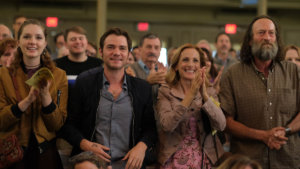 The opening spotlight film, CODA, is about a hearing teenage girl who is a child of Deaf adults. Featuring Deaf individuals both in front of and behind the camera, this feature is available to an in-person only audience. For folks who did not catch CODA at 2021 Sundance Film Festival, where it premiered, this award-winning film will be available on Apple TV Plus on August 13. Read Vanni Le’s review of CODA during 2021 Sundance Film Festival (February 2021).

“If there were any lingering doubts as to whether authenticity sells, they were put to rest with the stunning recording-breaking acquisition of the film by Apple at the Sundance Film Festival,” said Delbert Whetter, a RespectAbility board member who is a Deaf film executive. CODA also swept awards at Sundance, winning awards for U.S. Grand Jury Prize: Dramatic, Audience Award: U.S. Dramatic, Directing Award: U.S. Dramatic, and U.S. Dramatic Special Jury Award for Ensemble Cast.

The film, which stars a Deaf and Blind actor, is available to a virtual audience. CONNECTING THE DOTS, which is a documentary following the journey of making Feeling Through and the search for the DeafBlind man who inspired it, also is available. Read Roque Renteria’s review of Feeling Through (February 2021). 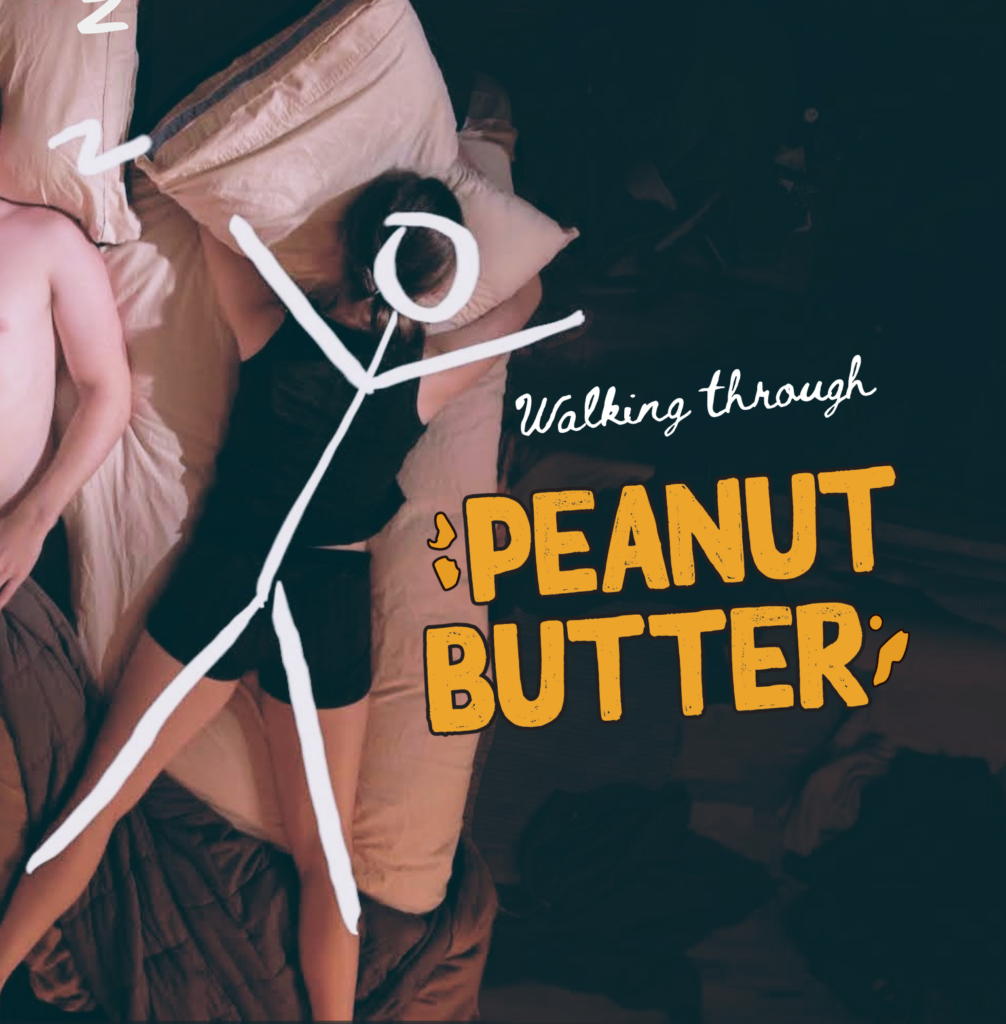 A stubborn, overachieving new college grad dives headfirst into the comedy world of the city that never sleeps—aka, the perfect place to adapt to her newly diagnosed narcolepsy. Airing as part of Competition Shorts Block 2, the film’s writer and lead actress Anna Marr lives with narcolepsy herself. Read Lesley Hennen’s review of Walking Through Peanut Butter (August 2021).

“I’ve just taken the route of processing all of this through humor, while also having the responsibility to the narcolepsy community to make sure that it is portrayed responsibly,” Marr said. 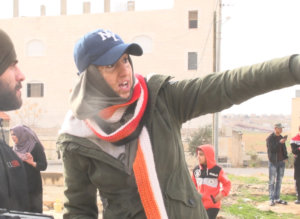 A young, Deaf Arab girl, born in the ravages of a war zone, whose only weapons are her hearing aids and an old video camera. Airing as part of Competition Shorts Block 2, the film’s director/writer Alaa Zabara is Hard of Hearing. In addition, lead actress Malak Nassar is a Deaf actress. Read Lauren Appelbaum’s review of Selahy (August 2021).

“Being Hard of Hearing, I felt that it is important for me to show the perspective of all the innocent children who are suffering from the war. When I came out of the war, I was mad. There were no stories to tell about Yemen and the war zones, especially people with disabilities,” said Zabara, who was evacuated from the crisis in Yemen in 2015.

Tell Me About Orange

When his best girl friend expresses her romantic feelings, a Blind teenage boy struggles to express his. He realizes that sometimes love really is blind. Airing as part of the LGBTQIA+ Shorts Showcase, this film’s cinematographer, Nasreen Alkhateeb, is disabled.

Two decades of exclusive access, plus a lifetime of archival footage, depict Bill Shannon from his early years to his rise as an award-winning dancer and cutting-edge performance artist whose work finds outlet at prestigious venues worldwide. CRUTCH documents Bill’s extraordinary journey: the history of his medical odyssey and his struggles with chronic pain, the evolution of his crutch dancing and skating, his rise to become a world-renowned performance artist, and his transformation from an angry skate punk to an international hero. Taking part in the 2021 competition for documentary features, this film’s director as well as lead both have a disability, per BFF festival programmers.

Uprooted: The Journey of Jazz Dance

A cinematic exploration and celebration of jazz dance told through movement and music to keep the beautiful art form alive. Taking part in the 2021 competition for documentary features, this film’s director and writer both identify as having a disability, per BFF festival programmers.

With one-in-five people having a disability in the U.S. today, the lack of representation – just 2.3 percent of characters in the 100 top-grossing films of 2019 and 8 percent in family films – means that millions of people are unable to see themselves reflected in media.

Of these disabled filmmakers with projects airing during BFF, two individuals are current participants of the RespectAbility Entertainment Lab for entertainment professionals with disabilities. As part of a cohort of 30 filmmakers, Marr (Walking Through Peanut Butter) and Zabara (Selahy) are exploring ways they can continue to tell disability-inclusive stories of meaning. In addition, Alkhateeb (Tell Me About Orange) is an alumna of the 2019 Lab and current Senior Production Advisor for the program.

Previous: Alaa Zabara’s Selahy Highlights a Story Not Being Told in the Media Through the Lens of a Girl Who is Hard of Hearing

Next: The Act of Pitching with Pearl Street Film’s Head of Strategic Outreach, Fanshen Cox