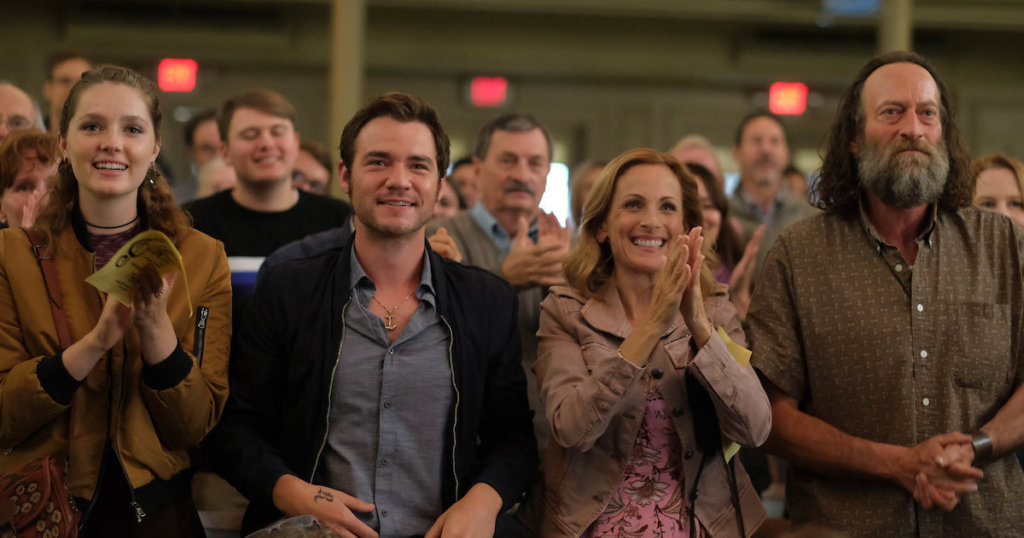 Los Angeles, Feb. 9 – A week after premiering on opening night of the 2021 Sundance Film Festival, CODA, a remake of the French film La Famille Bélier, still is causing conversations among the film festival circuit. CODA’s premiere was met with high praise and an immediate bidding war. Before the festival was even halfway through, Apple had announced they had acquired the distribution rights to CODA for a whopping $25 million, breaking the festival record that was held by Palm Springs, which was purchased by Hulu and Neon Films for $22 million at the 2020 film festival.

CODA tells the story of a high school senior (Emilia Jones) named Ruby who is the only hearing member of her family, the Rossis. They live in the fishing town of Gloucester, MA. As the only Deaf family in the town, Ruby helps her family fishing business and communicates on behalf of them with the town, while reconciling her dreams of pursuing music. Rounding out the authentically-casted Deaf family is the Academy-Award winning Marlee Matlin and The Mandalorian’s Troy Kotsur as Ruby’s parents Jackie and Frank respectively, and Switched at Birth’s Daniel Durant as Ruby’s brother Leo.

“If there were any lingering doubts as to whether authenticity sells, they were put to rest with the stunning recording-breaking acquisition of the film by Apple at the Sundance Film Festival,” said Delbert Whetter, a RespectAbility board member who is a deaf film executive.

While this is a story about a primarily Deaf family, writer/director Sian Heder noted to Deadline that is also is universal, “about a girl coming of age, and trying to separate from her family—but also that was very culturally specific. [I was] excited to tell a story about a family that we normally don’t get to see on screen.” 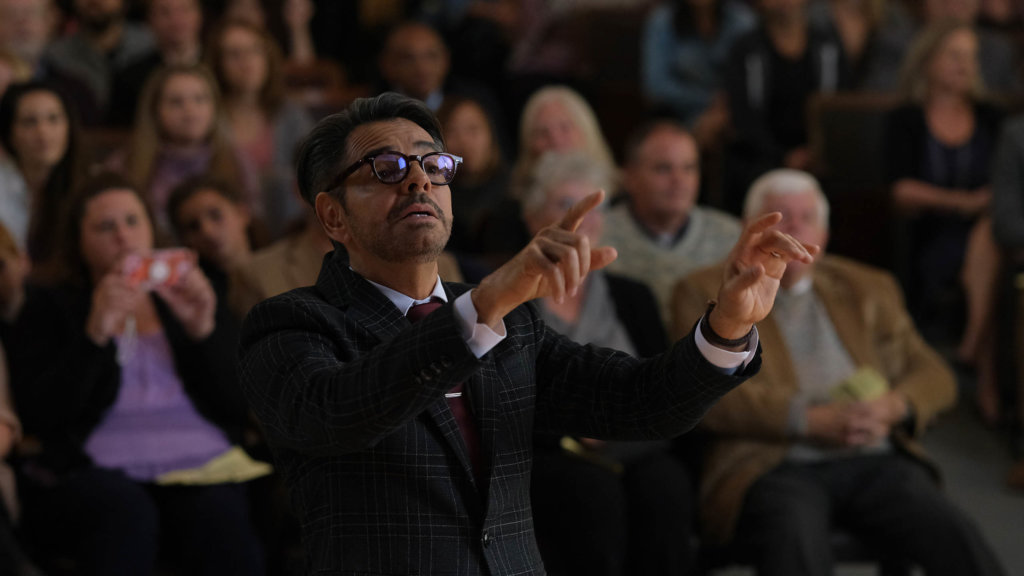 Throughout the course of the movie, viewers will get an intimate look into the Deaf community and culture interlaced with poignant and hilarious moments that will be universally relatable. For example, there is a scene where Mr. Villalobos (Eugenio Derbez), the music teacher, asks Ruby to describe how she is feeling. She can’t find the words in English to describe it, so instead she explains so in ASL. As a Vietnamese-American, I often find myself doing the same in my parent’s first language. CODA also sheds light on being a CODA, which stands for “child of deaf adult.” Like Ruby in the film, many CODAs grow up interpreting for their parents.

“What CODA’s so great about is, there’s the deaf culture, and there’s also [the] CODA themselves, who have hearing culture and deaf culture, and have a journey between both worlds,” Durant said to Deadline. “It’s nice to see all of those worlds together.”

Heder immersed herself in Deaf culture to understand the community that CODA represented. To help, Heder brought in ASL dialogue consultants Alexandria Wailes and Anne Tomasetti, a position that “is paramount for the actor and director relationship,” said Kotsur during a conversation held on the digital Main Street sponsored by the disability advocacy nonprofit RespectAbiliy.

“The best approach for directors is ‘to dive into’ deaf culture,” added Tomasetti.

Beyond having ASL dialogue coaches and Heder as an ally, the crew of CODA came up with creative accommodations that made for better storytelling.

“During the day we had great lighting, but then as soon as the nighttime came and all the lights had to go off. And then we would hold the [phone] light over the crew and over the script and over the actors to make sure we were able to communicate,” said Tomasetti. “The next night, I’ve got to give kudos to the crew because they really were concerned about the communication. They created some sort of contraption that went around the interpreter and it had this light that would shine on them, so when it was dark, they were able to see the light shine on the interpreter.”

As CODA moves to wider audiences with Apple’s acquisition, more people will be introduced to the Deaf community and the culture surrounding it in an authentic yet relatable way. It promises to be a movie that paves the way in Hollywood for further disability inclusion.

Next: Casual Inclusion of Disability in Sundance Films Help Normalize Having a Disability