Disability and Horror: Showing The True Terror of Ableism 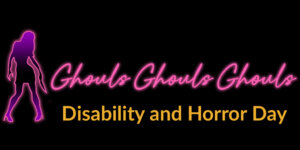 Studio Executives Share Tips on How to Advance in the Industry

Los Angeles, CA, Oct 21 – Some of the success behind the RespectAbility Entertainment Lab’s ability to help place its alumni in positions of employment is the Lab’s support from a variety of studios. As such, throughout the Lab, executives from DreamWorks Animation, Sony Pictures Entertainment, the Walt Disney Company, and Warner Bros Discovery shared tips with the virtual cohort Lab Fellows on how to advance within the entertainment industry. END_OF_DOCUMENT_TOKEN_TO_BE_REPLACED 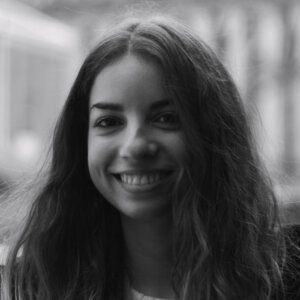 New York, NY, October 6 – Charo Mato is an Argentinian filmmaker with hearing loss who graduated from the Image and Sound Design career in the University of Buenos Aires. She was a fellow of the Sundance Documentary Film Program with her first documentary film 8 Stories About My Hearing Loss, which premiered at 9° FIDBA and won Best Film at 9° Construir Cine. The film has premiered at the Buenos Aires International Documentary Film Festival (FIDBA), Santiago de Chile IFF (SANFIC), Vancouver IFF (VIFF) and won best film at the Construir Cine – Festival Internacional de Cine Sobre el Trabajo (International Labour Film Festival). She is also a recent graduate of the 2022 RespectAbility Entertainment Lab for Professionals with Disabilities.

In honor of Hispanic Heritage Month and the recent World Day of The Deaf, which was celebrated on September 26, I interviewed Charo about her recent film and her artistry in relationship to her multiple identities. END_OF_DOCUMENT_TOKEN_TO_BE_REPLACED 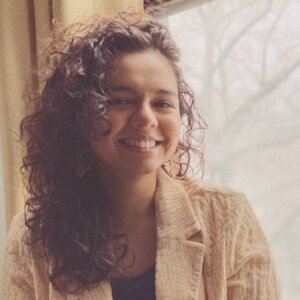 New York, NY, October 6 – As part of RespectAbility’s reflection on Hispanic History Month, I interviewed Isabella Vargas, an apprentice in RespectAbility’s Entertainment and News Media department. She is an advocate for the disabled community and strives to bring more representation of Hispanic/Latinx/Latine people in the entertainment industry.

These statistics are sadly amplified within the entertainment industry. According to the 2020 UCLA “Hollywood Diversity Report,” Latinos accounted for only 4.6% of movie roles in 2019. END_OF_DOCUMENT_TOKEN_TO_BE_REPLACED

Los Angeles, Oct. 4 – Throughout the RespectAbility Entertainment Lab, Fellows participated in a variety of panels and workshops focused on accessibility, a topic of major importance to both the Lab and the disability community as a whole. The conversations were run by industry professionals, many of whom are disabled themselves. The panelists covered topics including accessibility as a creative asset, audio description, accessible film festivals, and authentic and accessible casting. END_OF_DOCUMENT_TOKEN_TO_BE_REPLACED 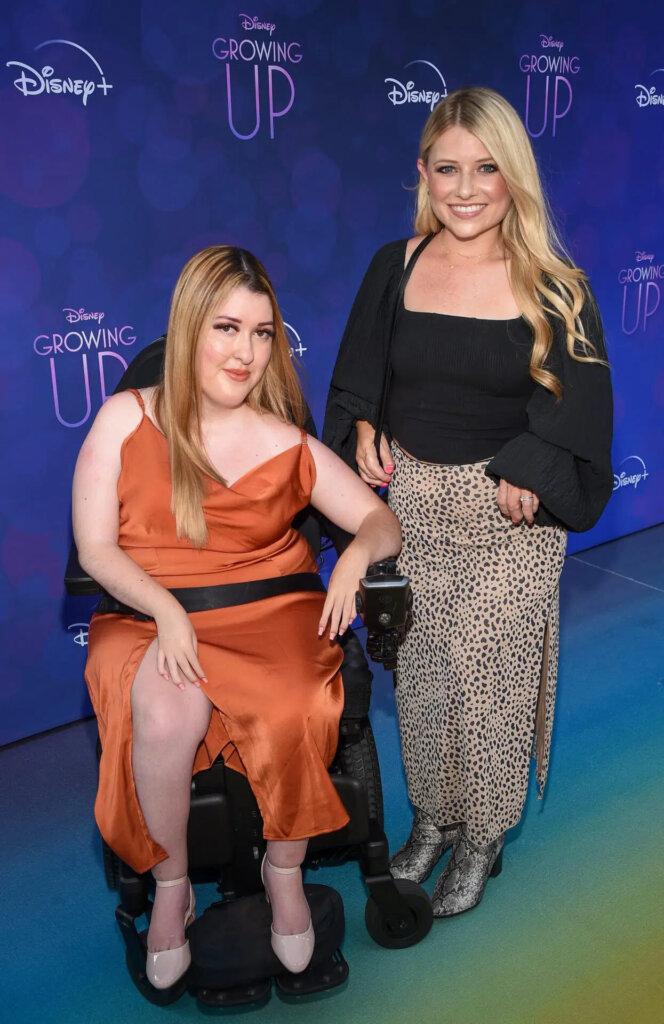 The episode starts by showing a group of young people sitting in a circle – group therapy-style – with Flores discussing her story, saying she “let people have assumptions about [her]” regarding her disability. These assumptions, according to Flores, include that disability is a tragedy and disabled people are a monolith. Bombarded by these assumptions, Flores often felt alienated and powerless while growing up. END_OF_DOCUMENT_TOKEN_TO_BE_REPLACED

Los Angeles, Sept 21 – The process of making a creative project requires many steps from writing and editing drafts, to finding the right creative partner and securing funding. To help guide them in this layered and arduous process, RespectAbility’s Entertainment Lab provides disabled creatives with mentorship, industry insight, and networking opportunities in all facets of the entertainment industry. Recently, Lab Fellows learned the ropes of the vital yet intimidating step: pitching.

In the session, “The Art of Pitching,” Fanshen Cox stressed the importance of sharing one’s own journey in a pitch. As a storyteller, Cox advised participants to think about experiences that they want to share and tell a story. “When you’re going into a pitch, you want to do everything to make sure you feel confident.” END_OF_DOCUMENT_TOKEN_TO_BE_REPLACED 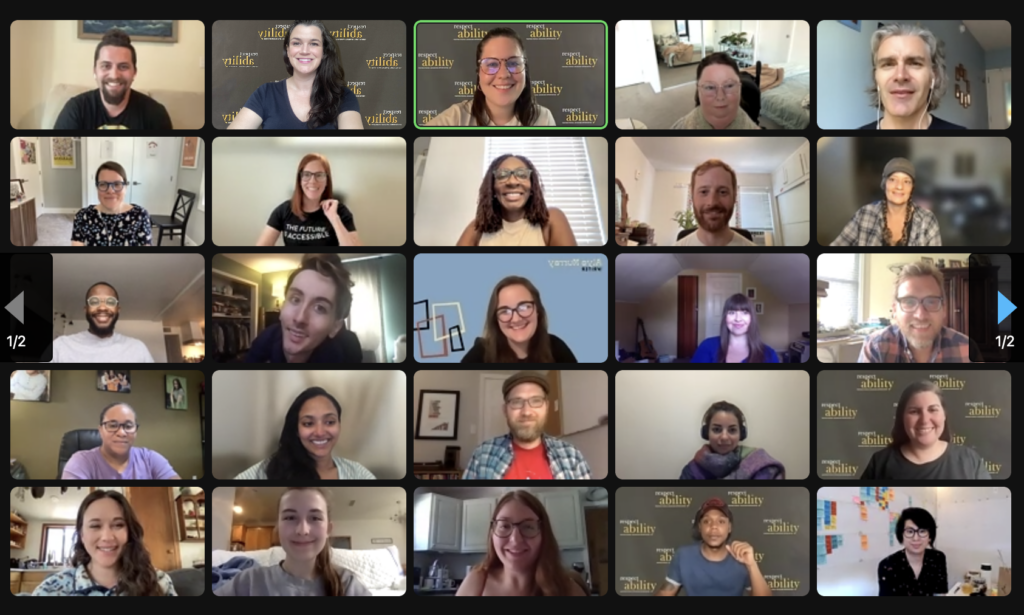 Not all paths to writing for television are linear, but some writers find the best path is through education. “I tried to take the traditional route,” shared Stiles, who studied film at Arizona State University. While studying, a professor recommended him to a showrunner for Netflix’s Hemlock Grove. Since then, Stiles has worked on array of shows ranging from ABC’s Stumptown to Disney Launchpad’s Black Belts. When asked about what material writers should have in their portfolio, Stiles explained that having a variety of script types and genres is important, but “the strong POV (point of view) is still what everyone is looking for at the end of the day.” END_OF_DOCUMENT_TOKEN_TO_BE_REPLACED 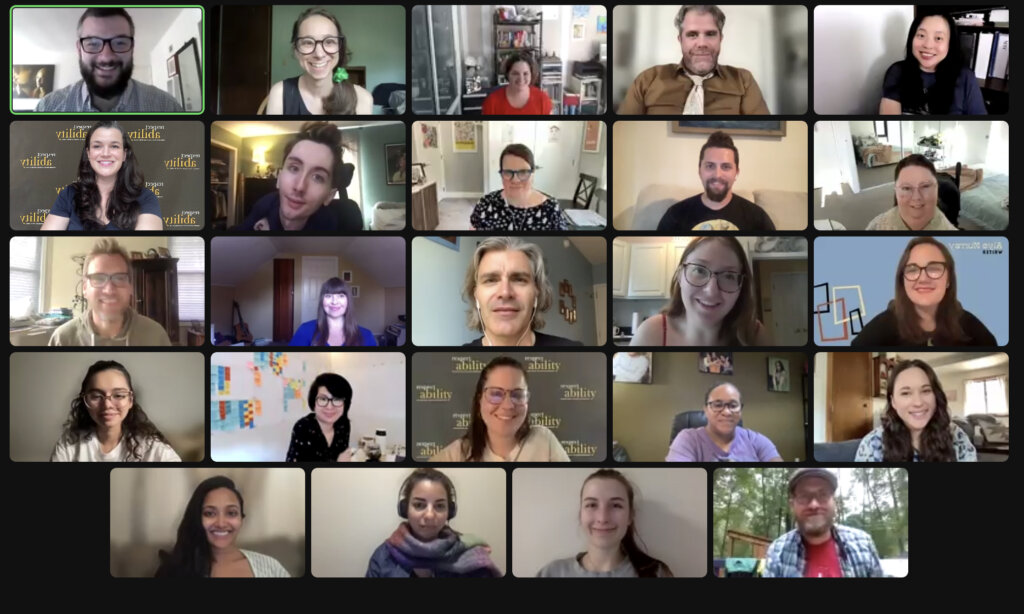 Los Angeles, CA, Sept 1 – Feature writing is an important topic covered in the RespectAbility Entertainment Lab. As such, a panel of film writers joined the Lab this month to discuss tips for making it in the industry as disabled writers. The panel was moderated by Shea Mirzai, Co-Chair of the WGA’s Disabled Writers Committee, a four-time honoree of Franklin Leonard’s annual Blacklist and an alumnus of the 2020 RespectAbility Entertainment Lab as a Mid-Career/Mentor, as well as a Person who Stutters. Mirzai discussed the impact of his intersecting identities, including being a part of the LGBTQIA+ community as well as a first generation Iranian-American. The panelists included Megan Metzger, who is most known for writing Netflix’s The Princess Switch movie series; Michael J. Dougherty, an alumnus of the 2019 RespectAbility Entertainment Lab, screenwriter and founder of the Los Angeles ReelAbilities Film Festival who describes his work as dark; Amy Fox, who started out as a playwright, but transitioned to film, focusing on overlooked women who carved a space for themselves in careers dominated by men; and Hyunjin Jo, a writer, producer, and director who is known for writing adaptations.

The panelists stressed the importance reading has on one’s ability to be an effective writer. Mirzai shared his experience serving as Head of the Story Department at a now-defunct mini-major studio where he read thousands of scripts, many of which were not up to snuff.

“A huge benefit of that,” he says, “was I was able to figure out all the stuff that I shouldn’t be writing.” END_OF_DOCUMENT_TOKEN_TO_BE_REPLACED