Rockville, Maryland, Feb. 19 – Steve Rabinowitz, former White House director of design and production under the Clinton administration, spoke to RespectAbility’s staff and National Leadership Fellows about his incredible career in political communications. From campaign trail war stories to comedic tales of Air Force One, he entertained and engaged the room, while sprinkling nuggets of wisdom on each of us.

Rabinowitz is well known for his work with President William Jefferson Clinton. Most notably, he revolutionized town hall debates to the intimate and personal format that exists today. And he brilliantly orchestrated the historic White House lawn handshake between Israeli Prime Minister Yitzhak Rabin and Palestinian Liberation Organization Leader Yasser Arafat for the Oslo Accords.

Rabinowitz’s achievements are far-reaching and truly astounding. But his personality and character made the greatest impression. He regaled the RespectAbility team with incredible tales of success and defeat. He reminisced about working on the Hill in the 1970s, where “robo letters,” template letters generated via typewriter memory, were standard practice and facsimile machines were a dream come true. He spoke of the privilege of working as a youth coordinator, organizing on college campuses. He joked of the days before the Clinton campaign, when campaigns nicknamed him the “kiss of death” for his consistent losing streak in elections. And he shared memories of going on the presidential campaign trail with Bob Kerry, a Vietnam veteran amputee, who brought along his various wooden prosthetic legs for every occasion.

He confessed that he’s known endearingly to President Clinton and Vice President Biden as “Rabbi.” He said he’s never really understood why, but it was obvious to those of us in the room. Despite his incredible accomplishments, he was humble, personable, relaxed and, even, self-deprecating. Like your local rabbi, he was there to help, give advice and provide networking opportunities. And the advice he gave was wise, yet simple. 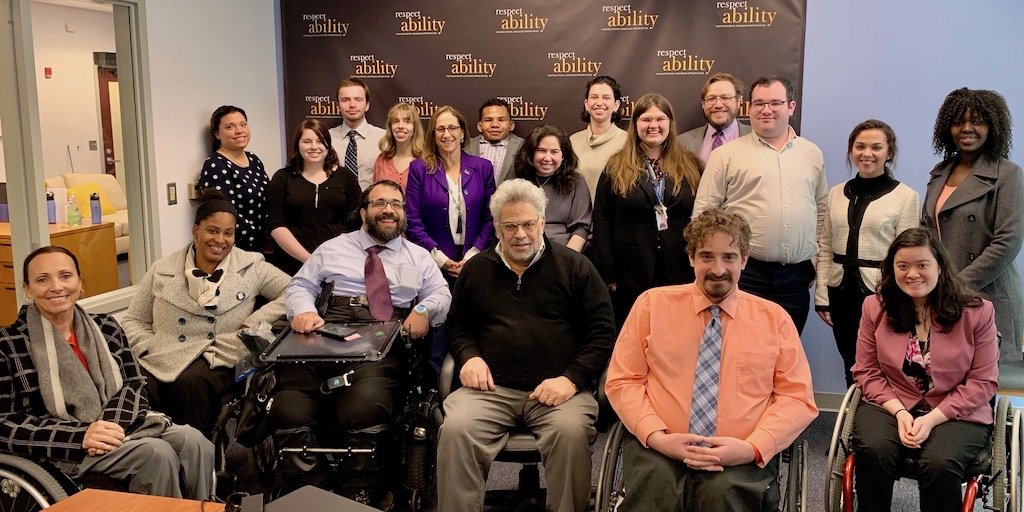 You Must Read to Write Well

Rabinowitz taught RespectAbility Fellows that the key to excellent journalistic writing is to read. He admitted that he’s a voracious reader, who spends his time devouring countless papers. While he studied journalism in university, he has learned far more from reading the news, including the importance of things like a “hard lede” and a “kicker quote.” His advice? Turn off that cable news, something he also indulges in too often, and open up the New York Times or the Wall Street Journal.

Be Selective When Sending Out Press Releases: Not Everything Is News

Rabinowitz discussed the common mistake people make in sending out press releases too often. It is important to be selective when sending press releases. Not everything is news. And if you flood a publication’s inbox with frequent press releases, when you ultimately send them something newsworthy, they will never even open it. It is the classic case of the boy who cried wolf. Do not become a communications director who cried news!

When Writing a Press Release, Keep it Simple

Rabinowitz stressed the importance of keeping press releases simple and to the point. A press release is a convenient, classic way to say what the story is you are trying to sell. So write colloquially the way you normally write. It is best to start with a “hard lede,” which is a catchy opening sentence that contains the hard news of your press release. It must be tailored specifically to the target audience of the publication you are pitching. And include a “kicker quote,” which is a succinct, well-written, typically closing, gripping statement that encompasses the point of your story. Keep it short, sweet and convincing.

Ariella Z. Barker was crowned Ms. Wheelchair North Carolina, a disability advocacy position. She encouraged producers and major television networks to accurately depict characters with disabilities on television and film. She is fluent in both English and Hebrew.

Next: America’s Got Talent: The Champions Showcases People with Disabilities for Their Talents