Donna Meltzer: An Advocate for Community-Living 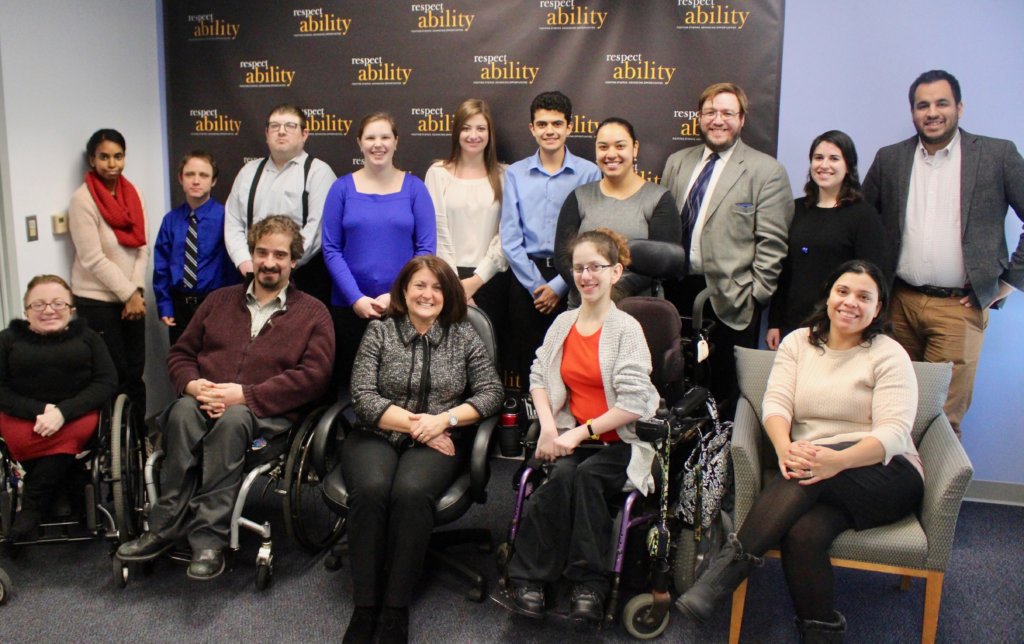 Meltzer’s career allowed the Fellows a peek into how she became so passionate about disability and choice for people with developmental disabilities. She started off working as a staffer for the Honorable Tony Coelho (CA-D) who introduced her to disability advocacy. After her stint on Capitol Hill, Meltzer became the Senior Director of Government Relations for the Epilepsy Foundation and the Director of Legislative Affairs for the Association of University Centers on Disability. Even now, as CEO of the NACDD, Meltzer still finds time to be a part of multiple coalitions like the Coalition for Health Funding. She recently stepped down as chairwoman of the Consortium of Citizens with Disabilities.

To better advocate for choice, Meltzer spoke about the need for DD Councils and to “fully include all voices.” DD councils bring people with disabilities to the forefront of the discussion of their welfare. In 1970, DD councils were established to see what could be achieved to move toward independent living rather than institutional living. The councils advocate for educational access, affordable housing, healthcare access and other important issues. Each governor establishes these councils, and 60 percent of each council is made up of people with disabilities.

As Meltzer said, “when councils invest in their community, best practices are replicated.” To further best practices, the NACDD supports councils in all 50 states and offers webinars, conferences, and functions as the intermediary between the council and the federal government.

So what do DD councils have to do with the concept of choice? According to Meltzer, a lot! Although DD councils were meant to help the nation move toward independent living, there is a lot of uncertainty surrounding what independent living truly means. Meltzer defines independence as community living, which has three core criteria: 1) you live where you want to live and with whom you want to live; 2) you eat when you want to eat; and 3) you may have guests. Others within the disability community and even in DD councils disagree. In fact, many parents of people with disabilities argue that institutions provide more safety and less isolation because advocates have not done enough to build communities with the appropriate services. In response to parents and organizations like Voice for the Retarded, which advocate for institutions, Meltzer advocates for choice. She argues that people with disabilities should have the chance to make an informed choice regards to their living arrangements. Above all, people with disabilities should be the ones in charge of their own destinies.

RespectAbility is a nonprofit organization fighting stigmas and advancing opportunities for and with people with disabilities. This spring, 14 Fellows had the opportunity to learn from a variety of guest speakers. Learn more about the National Leadership Program and apply for the next cohort! Contact [email protected] for more information.

Stephanie Farfan has been a part of Little People of America (LPA) since she was 16 years old and volunteers her time as a co-chair for the Hispanic Affairs Committee. She hopes to pursue a career benefitting the international disability community.

Next: Grey’s Anatomy: “I have Obsessive Compulsive Disorder… but it is not my story.”