Grey’s Anatomy: “I have Obsessive Compulsive Disorder… but it is not my story.” 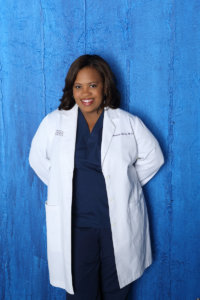 Grey’s Anatomy has never been a show to shy away from social commentary. In the era of #MeToo and the focus on gender inequality, Dr. Miranda Bailey (played by Chandra Wilson) fights for herself when she is having a heart attack – and shatters stigma against Obsessive Compulsive Disorder (OCD).

OCD is a common, chronic and long-lasting disorder in which a person has uncontrollable, reoccurring thoughts (obsessions) and behaviors (compulsions) that he or she feels the urge to repeat over and over.

Bailey, a Chief-of-Surgery, is at another area hospital with symptoms of a heart attack. The doctor treating her, Dr. Maxwell, does not believe she is and instead asks about emotional and mental stressors in her life. While there are many, Bailey is adamant she truly is having a heart attack – and is correct. But Dr. Maxwell continues to refuse the cardiac stress test that she requests.

The interactions between Bailey and Maxwell illustrate how women and men often are treated differently by medical professionals. Bailey is not only belittled as a woman but also when she discloses she has a disability. She shares that she is taking statins and anti-depressants to manage her OCD.

Through flashbacks, the viewer sees former Chief-of-Surgery Richard Webber telling Bailey that he cannot cure his alcoholism but has learned to manage it with help, encouraging her to accept the medicine to help her manage her OCD.

“Accept that you have a disease Bailey. Accept help.”

Back in the present. Bailey makes it clear that she should not be viewed differently because she has OCD, asserting that she is many things beyond being a person with a disability – a “sci-fi loving African American woman in her 40s with a stubborn husband and beautiful son.”

“I have big job where I do big life-saving miracle working things, where I lead others so they can do their big life-saving miracle working thing and yes, I have Obsessive Compulsive Disorder,” she confidently tells Maxwell. “I am not ashamed of that. But it is not my story. It is just one piece. And if you continue to look at just that one piece, if you check that mental illness box and refuse to look at anything else, then I’m not going to live long enough to finish the rest of my story.”

But Maxwell does focus on the OCD and calls in a psych consult instead of ordering the stress test, leading to Bailey having a medical emergency.

Bailey’s OCD was first mentioned in Season 10 in 2013. It became part of a plot line that lasted several episodes, including the hospital occupational therapist Dr. Alma recommending medicine, which Bailey initially refuses because she does not want to admit the role OCD has taken in her life. Alma gives her an alternate way out – perform five sutures but her tools are not lined up as she wishes them to be. While Bailey had completed this task hundreds of times, she is unable to do so without straightening her tools. Sweat beads on her chest and forehead and she brings to breathe heavily.

“Bailey’s struggle with OCD is most accurate portrayal of the illness I’ve seen on television,” said writer Zachary Bishop. “While we cannot see what was going on inside her head as she struggles, the writers and directors still make us realize how her illness is affecting her with those little details.”

Bishop argued that the show pushed audience members to “reexamine their perceptions of OCD.”

For five years, Bailey’s OCD was not brought up in the show again until this week. By having Bailey not only talk about her OCD but confidently saying how that is just one part of her, that her doctor needs to examine her whole self, the storyline continues to promote inclusion and acceptance of this disability. During these five years, Bailey has become Chief of Surgery, showing that an individual with a disability is able to succeed at all levels in the workplace.

Representation of characters with disabilities who are successful in their careers is important. According to GLAAD, the amount of regular primetime broadcast characters counted who have a disability has slightly increased to 1.8 percent, but that number still vastly underrepresents the actualities of Americans with disabilities.

Studies show that when students miss too many days, either for being truant or just being absent, they get so far behind in class that it can lead to them dropping out of school. As documented by the Center for American Progress, these issues are “an early warning sign for educational failure… [and] one mechanism that propels the school-to-prison pipeline.” Today there are more than 750,000 people with disabilities behind bars in America. Many of them do not have high school diplomas, are functionally illiterate and are people of color.

Story lines such as this are making a difference in how audiences perceive disability. And the success of television shows that embrace disability in their diversity conversations prove it is good for their bottom line as well.

“Hollywood has been really, really slow to recognize the diversity of this country,” said Jonathan Murray, executive producer of Born This Way. “I think it is catching up fast now. And I think it’s realizing that diversity is good business. I don’t think it’s necessarily because it is altruistic. I think they are recognizing that TV shows will do better if they reflect what the country is.”

Like 95 percent of characters with disabilities, Wilson does not have OCD like the character she plays, but she understands the importance of accurate representation.

“I think it is 100 percent the entertainment industry’s responsibility to have accurate portrayals of especially something like mental illness when so many – [diagnosed individuals] are battling on a daily basis,” Wilson said. “We can’t take 100 percent responsibility, of course, you know, but it’s really important for us to plant seeds whenever we can, just in order to raise questions in viewers’ minds.

Grey’s Anatomy airs on Thursday evenings at 8:00 p.m. on ABC.

Next: “Spectrum: A Story of the Mind” – ReelAbilities Film Fest Preview