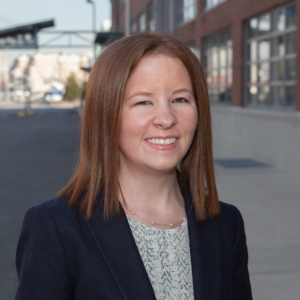 With her first word, the Manhattan born Shannon Ryan verbalized a love for children’s television that would burgeon with age. She was diagnosed with Coffin Lowry syndrome, a profound hearing loss, and a math disability at a young age. She was blessed with parents who taught their daughter how to be her own advocate while encouraging her creativity and pursuits.

After graduating from Columbia College Chicago and the school’s Semester In LA, Ryan became enamored with script development while interning at Beacon Pictures and Phoenix Pictures. After holding entry-level positions in various fields of the film and television industry, she enrolled at the Feirstein Graduate School Of Cinema and acquired an MFA in film producing.

Ryan is the first recipient of the first BAFTA Woman Of Her Word Scholarship for filmmakers with disabilities. She is the co-producer of the award-winning short films A Home For Curiosities and Andy & Kaliope. Both showcased fellow disabled talents and inspired her to apply for this remarkable lab. To assist her cohorts with development notes on the pilot scripts, casting, and rehearsals during this experience has been a dream come true. She hopes to use this skillset professionally while creating opportunities for this proud community on a distributed family series that will capture the hearts of all ages someday.

As a Development Fellow with RespectAbility, Ryan worked closely with the writers of the following scripts: