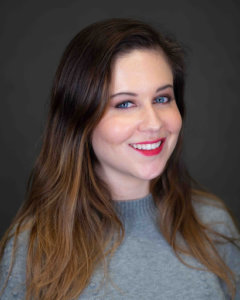 Lesley Hennen is a writer, producer, filmmaker and recovering publicist currently based in Chicago. She is a recent graduate of the Harold Ramis Film School (HRFS) at The Second City, currently the only film school of its kind devoted entirely to comedic storytelling.

Originally from the suburbs of Minneapolis, Hennen received a bachelor’s degree with a focus on Media & Communications from New York University’s Gallatin School of Individualized Study. While in New York City, Hennen began taking improv and sketch classes at the Magnet Theater, where she honed her comedy writing and improvising skills under the instruction of top teachers including Armando Diaz, Christina Gausas and more. She also completed levels one and two of improv at Upright Citizens Brigade in NYC, one year of Improv for Filmmakers at The Second City Chicago, and has performed at several venues across New York City with various indie improv teams over the years.

Hennen’s latest project, an award-winning comedy-horror short film titled, Birthday Bitch, which she wrote, produced and directed while at HRFS, is about a woman who seeks revenge after no one shows up to her 30th birthday party. Birthday Bitch currently is making its way through the festival circuit and will be released online in late 2020.

Hennen also won a screenwriting fellowship award upon graduation from HRFS in 2019 for her web series that she wrote titled, Uninspired, based on her personal experiences as a young woman living with a moderate physical disability. The series follows the day-to-day life of a stubborn and abrasive young woman who wears leg braces due to a congenital birth defect, as she navigates the awkward, frustrating, yet often comedic moments of daily life that arise when interacting with non-disabled people who are unsure of how to treat her. Hennen also developed Uninspired into a full-length pilot, and it recently was selected as one of five scripts to be pitched to HBO at the 2020 Women in Comedy Film Festival.

When she isn’t writing or producing, Hennen enjoys cooking, traveling, exercising, and forcing everyone she meets to look at photos of her miniature Dachshund, Kevin.