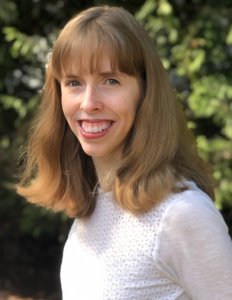 Emily Kranking (Writer, Scripted/Children’s) is an upcoming actress and writer. Her first feature film Best Summer Ever, in which she stars as the bubbly cheerleader Nancy, was set to premiere at SXSW Film Festival this March. In return, Best Summer Ever digitally won SXSW’s Final Draft Screenwriters Award. She also wrote, directed and starred in the children’s short Sayler & Selena for last year’s Easterseals Disability Film Festival. Today, Kranking is the Communications Consultant at National Association of Councils on Developmental Disabilities. Her independent articles recently have been published on Yahoo and The Mighty. She previously worked at RespectAbility for a year as a Fellow for Employment & Policy and Hollywood Communications.