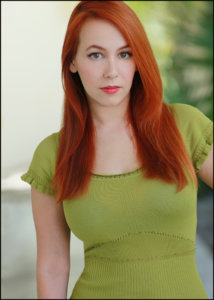 Gisselle Legere is a drama writer. Her earliest memories are of being woken up at the crack of dawn by the radio; her grandfather listening to Radio Marti, the anti-communist propaganda that the U.S. broadcasts towards Havana. Her family fled from Cuba as political refugees and landed in Miami, where her childhood was shaped by the intense narratives of survivors of oppression and persecution. Although she lost most of her hearing to a childhood vaccine, the memory of that early wake-up call and her family’s history led to an interest in politics and human rights.

Growing up deaf in a hearing world gave Legere many opportunities to hone her observational skills, which helped her as she moved through various careers…as a ballerina, then as a judo competitor, and eventually, as a scientist. As a field epidemiologist, she spent a decade working in bio-defense and chasing disease outbreaks across the globe. This hands-on knowledge of medicine and research shapes the scientific speculation that set her stories apart.

After writing and producing a series of shorts, a web-series and feature, it finally dawned on her that bringing stories to life is where all her different interests come together, and she began to pursue writing professionally. She is an alumna of the Sundance Screenwriters Intensive lab as well as the Disney-ABC Writer’s program. Most recently, she was staffed on QUANTICO, where her episode “No Place is Home” was nominated for a Women’s Image Award.