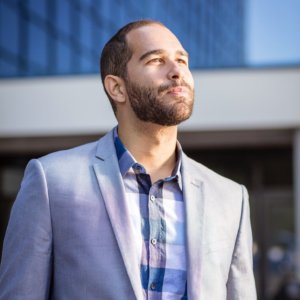 Andrew Reid was born and raised in Kingston, Jamaica. He is a DGA Award winning director and recent graduate from the USC School of Cinematic Arts.

At the age of 21, he became paralyzed from the chest down. A malformation of his blood vessels (AVM) resulted in a rupture which compressed his spine while he was sleeping, leaving him completely paralyzed. He was told by doctors he would never walk again but with dedication and perseverance he regained movement. Today, he walks with a cane and continues to progress in strength and health. He became an advocate for the disability community and expanded his film production skills from Miami to Los Angeles.

His USC thesis film ASIA A won the Jury Award at the 2018 DGA Student Awards. Also, it was a semi-finalist for the 45th Student Academy Awards and has screened at LA Shorts, HollyShorts, CAA Moebius, Paramount Pictures and more than 40 other film festivals. It is being developed into a feature and was a recipient of the 2019 Tribeca Film Institute Sloan Filmmaker Fund. Learn more about the film at www.WhatisASIAA.com.

Recently, Reid finished the short Road to Zion, which is being developed into a limited series. The Road to Zion pilot script was a finalist for the 2020 Cinequest Screenwriting Competition and was featured at IFP Week 2019.

Reid is a director in the 2020 class of Film Independent’s Project Involve and is the recipient of the Easterseals Disability Services Fellowship. He currently is represented at APA.