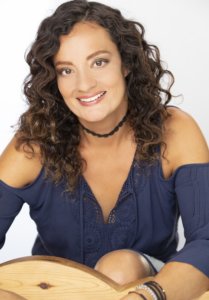 Award-winning producer/writer, Diana Romero, had worked in physical film production as Producer, UPM and Line Producer for more than 15 years until her mobility was challenged in 2018. Multiple Sclerosis had finally reared its ugly head by attacking her legs, which caused her to rely on a wheelchair. Realizing that sets are rarely wheelchair accessible, she had to reinvent herself and her role in the entertainment industry. One day she would love to consult with productions on how to create safe and accessible sets for crew and talent with and without disabilities. After much deliberation, she set out to accomplish two other dreams she always had in the film industry: to act and to write for television and ultimately become a showrunner.

Romero is represented by Gail Williamson at KMR’s Diversity Department and landed her first big co-star role in 2018 as Joanna on Octavia Spencer’s TRUTH BE TOLD series for Apple TV +. Diana also wrote a pilot, SOLD, based on her award-winning short NIÑA QUEBRADA (writer/producer), which got her into the Producers Guild Power of Diversity Workshop in 2019. Through the workshop, SOLD was picked up by an Academy Award winning producer and has landed on a very prominent actress’s desk. During the workshop, Diana met fellow participant Delbert Whetter who introduced her to the organization RespectAbility, where he is a board member. Through RespectAbility, Romero has participated in panels focusing on working in entertainment as a person with a disability). She is honored to have been accepted to the 2020 RespectAbility Summer Lab Program. Romero has an MFA in producing from the American Film Institute and a BA from Columbia College Chicago. She also has a degree in Social Work from Whittier College.