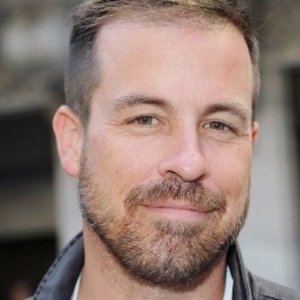 Kurt was a professional athlete in the action sports arena for 14 years, touring worldwide and appearing in several X-games events. While getting a masters degree in Hydro-Geology, Kurt had a horrible motorcycle accident. He lay in a hospital for three and a half months, spent two years recovery, and fought through many years of hard work to get back to a productive career, which he found in the entertainment industry.

As a producer / director he has created content for the brands Chevy, Cadillac, Specialized, BMW, Giant Bikes, GoPro, Sena Systems and more. He produced the hit music video Waiting All Night, by the international music group called Rudimental, which has touched tens of millions around the globe with views on YouTube climbing over 190 million and winning multiple awards. He also produced a feature film that sold to Green Apple Distribution called Sedona’s Rule.

As a writer, he’s written, produced and directed nine short films, multiple features and several television pilots. One of his pilots titled On Tour landed him in the Producers Guild of America’s Diversity program for up and coming creators. He’s completed 130 episodes of a sketch comedy series called Tommy N Bobby that currently is half-way through production.

As an amputee, Kurt has been an advocate within Hollywood as a board member of the SAG/AFTRA Performers with Disabilities Committee, working to bring more actors with disabilities into the spotlight. He’s spoken on panels, has been brought in to speak with network executives and is also a member of the Writers Guild of America’s Disability committee.

As an actor, Kurt has appeared in more than 40 episodes of network and cable television, is currently in the running for an Emmy nomination for two shows, Outstanding Guest Star Performance in a Drama (NCIS New Orleans) and Outstanding Supporting Performance in a Limited Series (Tell Me A Story, CBS All Access). He’s currently recurring on NCIS New Orleans, and has recurred on NBC’s The Village (just cancelled), NCIS LA, Sons Of Anarchy and the gritty 1970’s show about contract killers titled Quarry on Cinemax.