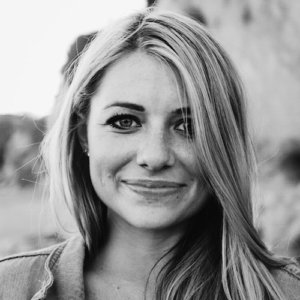 Born in California and raised in Nebraska, Ashley Eakin is a filmmaker based out of Los Angeles. She was recently one of eight women selected for the AFI Directing Workshop for Women and currently is in the 2020 program.

In 2017 she spent five months in Malaysia and Singapore working for director Jon M. Chu on his Warner Bros. feature, CRAZY RICH ASIANS. She also shadowed Chu during the production of the Freeform pilot GOOD TROUBLE, as well as assisted with the development of a TV series sold to Apple in the Summer of 2018.

Prior to working for Chu, Eakin worked for Beacon Pictures in development, in the writer’s office of the NBC scripted drama THE NIGHT SHIFT and for 10X10 Entertainment, which produces America’s Next Top Model.

Her documentary short THE DETAILS, featuring Henry Golding, Awkwafina, and crew members of CRAZY RICH ASIANS was selected for the 2018 Hamilton Film Festival. She also was commissioned to create a film celebrating the 25th Anniversary of Cancer For College. The film features CFC spokesman Will Ferrell and was screened at a sold-out event at The Greek Theatre. Her latest narrative short film BLUE is currently doing a festival run, while her next project SINGLE will commence production in late July. The film features two lead characters with physical disabilities and is being produced in the AFI DWW program.

In 2017 Eakin was featured in a SoulPancake video talking about her rare bone condition, Olliers disease and Maffucci Syndrome. The video went viral reaching more than 44 million views and counting. Her personal life and medical journey has immensely influenced her passion to pursue stories that help people understand one another. She believes the positive impact of vulnerability is immeasurable and continues to be a representation advocate for people with physical differences and disabilities in media.