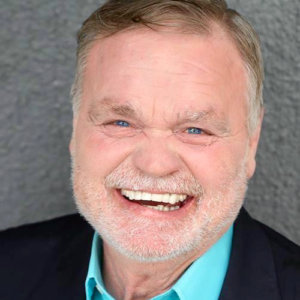 In 1987 while working a “real job” (as his dad use to say) in between acting and singing jobs, John was injured in an electrical accident painting an above ground water storage tank that resulted in 30 percent burns to his body and amputations of both hands. John started playing piano at age three, started lessons at four and studied piano for 17 years. After four months in the North Carolina Jay-Cee Burn Center, at age 30, John left with hooks in place of hands. Since leaving the hospital, John has become the first double hand amputee to be trained and certified as a private pilot in the U.S. and the only double hand amputee to be a certified PADI SCUBA Instructor in the world.

John is an award winning writer/director and PWD (person with a disability) actor with past television roles in Law and Order: SVU, Switched at Birth and American Horror Story: FREAK SHOW, as well as roles in numerous films. John has spent more than 25 years as an advocate for accuracy and authenticity of performers with disabilities in film and television.