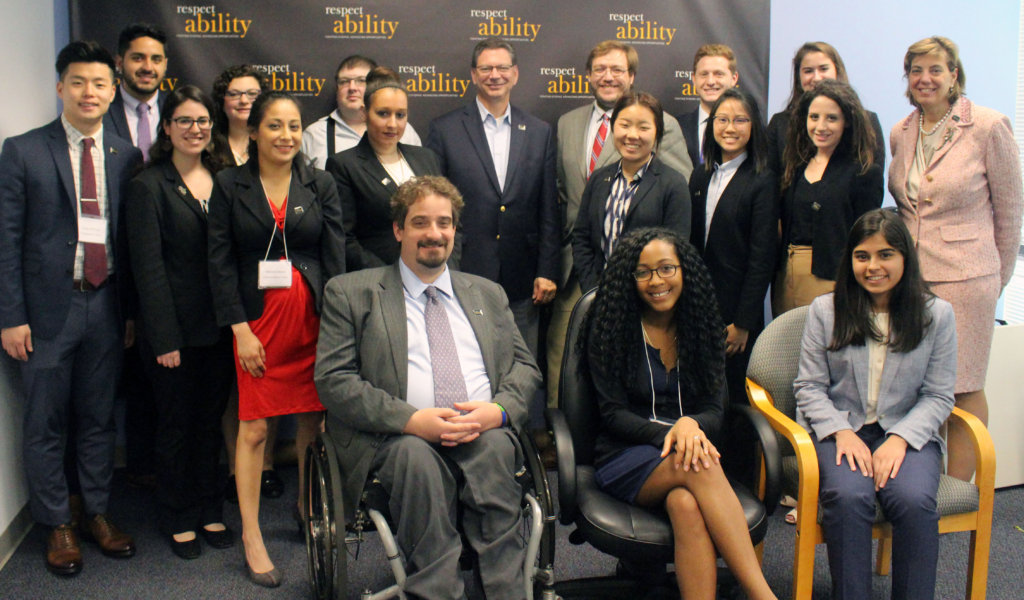 Rakitt grew up not viewing his hearing loss as a disability, to which he credits his mother’s incessant support and activism toward the inclusion of Rakitt and his brother. Rakitt viewed his external hearing aid as merely a fashion statement. However, one day the children in his sixth grade classroom decided to communally hum and laugh at Rakitt in an attempt to disrupt his hearing aid and cause him distress. Instead of being offended, Rakitt simply “chose to laugh.” In that singular moment, his life became about who he was as an individual, not letting himself be defined by his disability.

Now, he is preparing to become the new President of the Genesis Prize Foundation. This was preceded by his current position as the CEO of the Jewish Federation of Greater Washington. In this position, he has championed the disability inclusion movement coinciding with his personal admission of hearing loss.

It was not until Rakitt became the CEO of the Jewish Federation of Greater Washington that he felt comfortable to publically discuss his disability and become the champion for Jewish inclusion in the Greater Washington community.

“Whatever discomfort I originally had about my disability was overpowered by the responsibility I had to reach out and make people aware of a community that hasn’t gotten attention,” Rakitt said while speaking to the Summer 2017 class of RespectAbility Fellows. 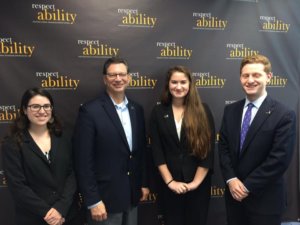 During this meeting at RespectAbility offices, Rakitt described the largest challenge facing inclusion of people with disabilities as a misunderstanding between what it means to be welcomed and what it means to be inclusive. Being inclusive within the Jewish community can be achieved by setting aside designated space for wheelchair users or supplying accessible hearing devices on High Holidays. However, such accommodations marginalize an entire population to possibly permit seclusion and separation from the larger community.

Reaching out and asking the question “What is your definition of being welcomed?” is the simple task it takes to welcome someone effectively, said Rakitt.

Members of any society must be “thoughtful, deliberate and mindful of what is going on in the world around us,” he added. “We need to change our language, response and anticipatory expectations of how people want to belong to a community.”

Putting his words into action, Rakitt began the session by personally shaking every person’s hand and formally introducing himself before taking his seat at the head of the table and opening up the session for questions. Rakitt demonstrated that taking the time to directly connect with people and question their preferences releases untold possibilities.

Rachael Schindler is a Jewish Inclusion Fellow. She took an interest at an early age in intellectual and developmental disabilities through personal connections and her mother’s occupation. Schindler is a rising junior at Brandeis University, majoring in Health: Science, Society and Policy and Legal Studies.

Next: Finding Luck and Opportunity in the Midst of Disability