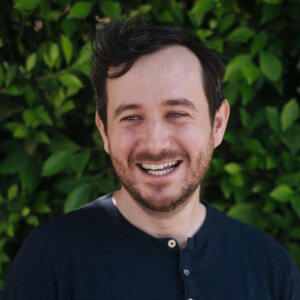 John McDonough was born in Chicago. His parents divorced, remarried, had a bunch of kids, and moved to Alabama. McDonough became a giant nerd, developed severe arthritis, and started making out with boys. He writes about that stuff – the South, families, queerness, disability, and nerdery. He graduated from the University of Alabama in 2013 and moved to Los Angeles to attend the University of Southern California, where he received his Master of Fine Arts degree in Writing for Screen and Television. After two years at Elizabeth Banks’s Brownstone Productions, he began working on television writers’ room support staff roles for AMC and FX.

Most recently, he was the showrunner’s assistant on “Y: THE LAST MAN” where he was an active part of the room discussion and story-breaking process, as well as a go-to source for problem-solving ideas. He’s done writing work for video games and nonfiction podcasts. He also hosts a podcast of his own, “TEACH ME SENTAI,” covering the adaptation of the Japanese franchise “Super Sentai” into the hit American franchise Power Rangers. He’s incredibly pedantic, but it’s mostly charming.