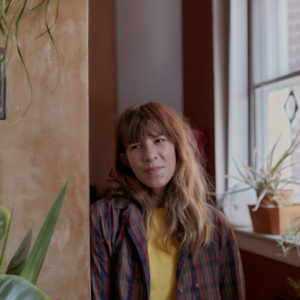 Writer/Director Abigail Bruley received a double BS in film and screenwriting from Drexel University where she studied under Ian Abrams, creator of the sci-fi television series Early Edition.

After studying comedy writing and performance at Upright Citizen’s Brigade and People’s Improv Theater and under teachers like Michael Showalter, she created the cult web series “Down the Show.”The series garnered much love from the comedy community and attracted top talent like Janeane Garofalo, Eddie Pepitone, and Kevin McDonald, earning Bruley a Writer’s Guild nomination.

After acquiring a Traumatic Brain Injury in 2013, she emerged from recovery having written a feature, “Main Remains,” writing and directing two supporting short films, “Main Blessings” (starring indie-rock legend Ted Leo) and “Main Absolves” and taking on the ambitious task of writing a funny and relatable brain-injured patient in her short film, “On the Dot.”