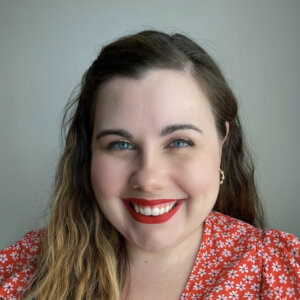 Vanessa Pegram is a comedy writer, chronic illness warrior, and script reader who founded and runs Script Rx Consultancy, a script notes service. Growing up, she was the chubby, weird girl at school who didn’t realize she was chubby or weird. Raised by a single mother in the Midwest most of her life, Pegram preferred to sit in her room creating stories rather than dealing with the chaos of adolescence. Now as an adult with more self-awareness (probably), Pegram naturally chooses to write half-hour, female-driven comedies about strong, independent outcasts or lovable weirdos with hearts of gold. Pegram earned her B.A in Fiction Writing from Columbia College and put to rest any hopes of her joining the family business of pharmaceuticals. Oddly, she chose to leave the “snowmageddon” winters of Chicago for sunny Los Angeles and earned her M.F.A. in Screenwriting from the American Film Institute Conservatory. Pegram also wages a daily war against several chronic and autoimmune conditions, including Lyme disease and PTSD. Living with chronic illness has taught her that mental health is as important as physical health and that sometimes you just have to laugh through the pain. This is a theme she now embraces in her writing along with striving to make the invisible visible while advocating for so many other chronic illness voices that unfortunately slip through the cracks.