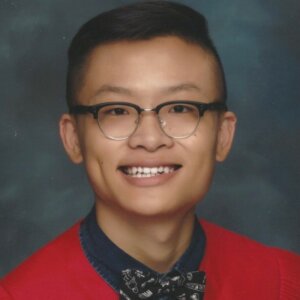 Jeremy Hsing is a graduate of UCLA (B.A. Psychology, minors in Film and Art History) with a specialty in sci-fi/drama TV writing. He is passionate about using his psychology background and lived experience as a second-generation Taiwanese immigrant to amplify the voices of underrepresented communities. He is currently the Academy Museum of Motion Pictures Education and Public Engagement Intern, in partnership with the Academy Gold Rising Program and Getty Marrow Undergraduate Internship Program. Previously, he was a Development Intern at FilmNation, a Creative Diversity, Equity, and Inclusion Intern at Warner Bros Discovery, and the AAPI Student Lead at The Center for Scholars & Storytellers.

When Hsing started his undergraduate education, he had a series of debilitating panic attacks that led him to seek professional mental health resources and was then diagnosed with generalized anxiety disorder. Since then, he has unlearned the stigma surrounding mental health and devotes his life to telling stories to educate and inspire others to seek therapy in hopes of achieving emotional catharsis.

During the height of the pandemic, he wrote, produced, directed, and edited a deeply personal short titled “Iridescence,” which explored the intersectionality between mental health and the Asian American experience. Iridescence was spotlighted by RespectAbility, Daily Bruin, and UCLA Radio and achieved critical acclaim in numerous film festivals and writing competitions.

Born and raised in Chino Hills, California, Hsing is based out of Los Angeles. He loves to listen to music in his free time and views it as an art form. His favorite artist is Kendrick Lamar due to his lyricism and uncanny ability to articulate complex topics like intergenerational trauma and toxic masculinity, particularly in his most recent album “Mr. Morale & the Big Steppers.” Additionally, he is a die-hard fan of the Los Angeles Lakers. Kobe Bryant is his hero due to his Mamba mentality and passion for giving back to his community.