Learn from the team’s ASL consultants as well as Executive Producer Johanna Stein and Actress Shaylee Mansfield on how they worked together to bring about dynamic deaf characters.

“When it comes to animation, there’s no excuse not to create a show filled with diverse characters. As animators we are world builders, we are literally creating all of the elements from scratch,” said EP Johanna Stein. Learn More: “Madagascar: A Little Wild” Takes Deaf Representation to the Next Level. 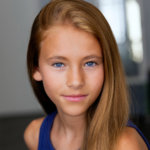 Shaylee Mansfield, Deaf YouTuber turned into an actress, caught the world’s attention when several of her videos went viral garnering millions of hits. She starred in ASL Nook for more than 50 episodes inspiring families and children worldwide to learn American Sign Language (ASL). Since then, Shaylee has appeared in the Deaf Out Loud documentary produced by Jon Murray and Marlee Matlin, nationwide commercials, TV shows (This Close, Bunk’D), and films (Disney+ Noelle, Netflix’s Feel the Beat, 13 Minutes). 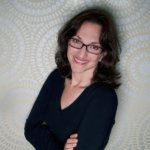 Johanna Stein serves as executive producer for Madagascar: A Little Wild, the new series based on Madagascar’s Alex the Lion, Marty the Zebra, Melman the Giraffe and Gloria the Hippo as kids residing in their rescue habitat at the Central Park Zoo.

Stein previously served as a writer for DreamWorks’ Emmy® nominated Prime Video original series Kung Fu Panda: The Paws of Destiny and a staff writer on DreamWorks Netflix original series Home: Adventures with Tip & Oh and Disney’s Wander Over Yonder. She also created a “Momhead”, a viral video based on a chapter in her book How Not to Calm a Child on a Plane featuring the insults said by her young daughter.

Stein is a graduate of University of Winnipeg and the American Film Institute, and currently resides in Los Angeles. 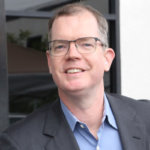 Delbert Whetter is the Chief Operating Officer and Head of Business Affairs for Exodus Film Group. He served as the lead business affairs executive for numerous entertainment and digital content providers for nearly two decades. Delbert has negotiated talent and production agreements including acquisition, development, and film financing arrangements, and licenses of intellectual properties. He has worked on Exodus animated features, IGOR, The Hero of Color City, and Bunyan & Babe, receiving Co-Executive Producer credit on Exodus’ two recent films. Delbert earned his law degree from the George Washington University Law School in Washington, D.C., and his MBA from Pepperdine University’s Graziadio School of Business and Management.

Delbert serves as Vice Chair on the Board of Directors of RespectAbility, a national non-profit organization that works with Hollywood to promote inclusion, representation, and authentic portrayals of people with disabilities in media. He also serves on the Disability Advisory Board of SFFILM. He was appointed in 2018 by the City of Santa Monica to serve a four-year term on its Disabilities Commission and currently serves as its Vice Chair. 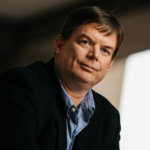 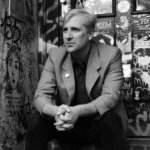 Justin Maurer is a CODA (Child of a Deaf Adult) and a professional American Sign Language interpreter, consultant, writer, producer, performer, and musician based in Los Angeles. He works full time as an American Sign Language interpreter and consultant. He frequently interprets high profile events, award ceremonies, meetings, political speeches, television appearances, interviews, and more. He has interpreted on Jimmy Kimmel Live, Entertainment Tonight, and Shark Tank. As a freelance interpreter, he is experienced and proficient in educational, medical, and other fields. He also has interpreted for many musical performances including Stray Kids, Ozomatli, Aloe Blacc, Tom Morello, Alice Bag, The Avengers, and The Linda Lindas.

From 2019-2020, he had the honor of interpreting for Senator Bernie Sanders, Senator Elizabeth Warren, former First Lady Michelle Obama, Congresswoman Maxine Waters, and Los Angeles Mayor Eric Garcetti as well as interpreting for the historic Los Angeles Teachers Strike of January 2019 and via the BIPOC-lead collective, ProBono Interpreters, for the Los Angeles Black Lives Matter Uprising in 2020. He also has interpreted for RespectAbility’s Summer Lab for Emerging Disabled Filmmakers in 2019 and 2020.

As a strong advocate for the Deaf community, he always employs Deaf team members when he is hired as an ASL Consultant for scripts, films, or television. He recently conducted five seminars of Deaf Awareness training with his Deaf business partner. CODAs and Deaf partners make for a great team. As an advocate for the Deaf Community, he strongly encourages all ASL Consultants, ASL Dialogue Coaches, ASL Masters, ASL interpreters, and CODAs to include Deaf community members as a part of their consulting teams. 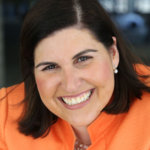 Lauren Appelbaum is the VP, Communications and Entertainment & News Media, of RespectAbility, a nonprofit organization fighting stigmas and advancing opportunities so all people with disabilities can fully participate in every aspect of community. As an individual with an acquired nonvisible disability – Reflex Sympathetic Dystrophy – she works at the intersection of disability, employment, Hollywood and politics. She regularly conducts trainings on the why and how to be more inclusive and accessible for entertainment executives throughout the industry. Appelbaum partners with studios, production companies and writers’ rooms to create equitable and accessible opportunities to increase the number of people with lived disability experience throughout the overall story-telling process. These initiatives increase diverse and authentic representation of disabled people on screen, leading to systemic change in how society views and values people with disabilities.

She has consulted on more than 100 TV episodes and films with A&E, Bunim-Murray Productions, NBCUniversal, Netflix, ViacomCBS, and The Walt Disney Company, among others. She represents RespectAbility on the CAA Full Story Initiative Advisory Council, Disney+ Content Advisory Council, MTV Entertainment Group Culture Code and Sundance Institute’s Allied Organization Initiative. She is the author of The Hollywood Disability Inclusion Toolkit and the creator of an innovative Lab Program for entertainment professionals with disabilities working in development, production and post-production. She is a recipient of the 2020 Roddenberry Foundation Impact Award for this Lab.

Next: Assistive Technology and 8200 Impact