As we celebrate October as National Disability Employment Awareness Month (NDEAM), RespectAbility is excited to share our Employer Spotlight Series, to take a closer look at how various employers are prioritizing disability inclusion. We were proud to celebrate Alaska Airlines with Steve Nelson, Senior Diversity and Inclusion Specialist. Nelson shared how Alaska Airlines is advancing equitable employment for people with disabilities in their organization. END_OF_DOCUMENT_TOKEN_TO_BE_REPLACED

As we celebrate October as National Disability Employment Awareness Month (NDEAM), RespectAbility is excited to share our Employer Spotlight Series, to take a closer look at how various employers are prioritizing disability inclusion. Every week, we will showcase an employer who is either a longtime champion or is at the beginning of their journey towards disability inclusion.

On October 13, we were proud to celebrate JPMorgan Chase with three leaders of their disability inclusion work: Dina Grilo, Danielle Meadows, and Kevin Sylvester. 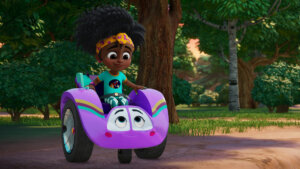 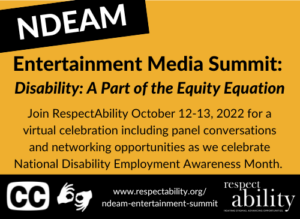 Watch Lolo Spencer and series creator and executive producer Craig Gerber have a conversation with RespectAbility’s Lauren Appelbaum and Vanni Le, who worked with the team to ensure authentic disability representation in Jazzy and other characters featured throughout the fictional towns of Gearbox Grove and nearby Motopolis where the series takes place. END_OF_DOCUMENT_TOKEN_TO_BE_REPLACED

Throughout the month of October 2022, join RespectAbility for a virtual celebration including panel conversations and networking opportunities as we celebrate National Disability Employment Awareness Month. Please note that some sessions are open only to entertainment industry creatives who identify as deaf or disabled, as we seek to continue to build community. ASL Interpretation and Live Captioning will be available for this event.

NBCU LAUNCH and RespectAbility presented LAUNCH TALKS: THE MAKING OF QUEER AS FOLK (Peacock), a conversation with Stephen Dunn (Showrunner), Ryan O’Connell (Actor & Writer), and Andrew Gurza (Actor & Consultant). They discussed the reimagining of the groundbreaking queer drama series and the importance of authentic and intersectional representation in front of and behind the camera. END_OF_DOCUMENT_TOKEN_TO_BE_REPLACED

END_OF_DOCUMENT_TOKEN_TO_BE_REPLACED

Presented by Chezie and RespectAbility 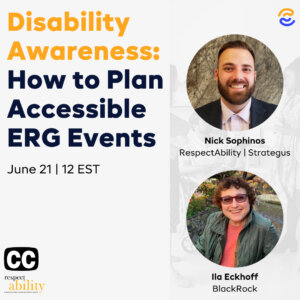 More often than not, accommodating accessibility is often an afterthought in our ERG events (or not even a thought at all). As ERG Leaders, it’s on us to make sure every component of the our events is accessible to every single participant — no matter ability.

In anticipation of Disability Pride Month, Chezie teamed up with RespectAbility to share best practices on how we can make our events – in-person and virtual – accessible to all who want to participate!

This event was hosted by Nick Sophinos (Head of Data & Analytics at Strategus and Event Speaker at RespectAbility) and Ila Eckhoff (Managing Director at BlackRock).

Chezie is an all-in-one solution designed to help you build impactful employee resource groups. We help you easily and seamlessly track membership, events, budgets, and engagement, so you can focus on what matters – building inclusive communities so you can retain your talent. 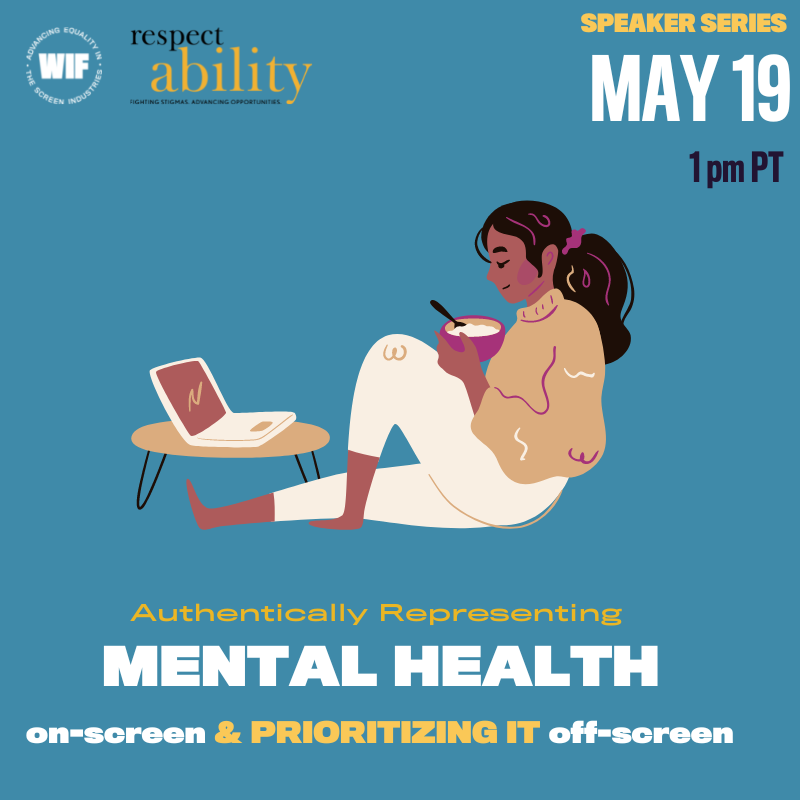 RespectAbility was thrilled to present this conversation in partnership with Women In Film to celebrate the second annual Mental Health Action Day. As the global conversation around mental health continues, finding effective resources and knowing how to get help remains a challenge. Convened by MTV Entertainment Group, Mental Health Action Day was created with an open-source model that has effectively united and galvanized brands, organizational leaders, and cultural leaders to seamlessly integrate the message and spirit into their existing branding and voice. In this panel conversation, we spoke with a variety of Film & TV professionals to discuss ways to accurately and authentically represent mental health on-screen, while also prioritizing your own mental health in an industry that hasn’t traditionally given folks the space to do so. END_OF_DOCUMENT_TOKEN_TO_BE_REPLACED

In the 8 years since the Workforce Innovation and Opportunity Act (WIOA) was passed into law, the American economy has profoundly changed. Major structural changes among industries, companies, and contractors have accelerated thanks to the COVID-19 pandemic and new economic policies from the Biden Administration. Throughout these tumultuous years, American Job Centers (AJCs) / America’s Job Centers of California (AJCCs) have been crucial for the delivery of workforce services to thousands of workers. As the labor force participation rate for workers with disabilities rapidly increases to historical highs, jobseekers with disabilities need supports and services that will meet their needs and help them earn an income. However, the working professionals at AJCs/AJCCs may not have received any formal training on disability etiquette, accessibility, assistive technology, or best practices.

This webinar offered a high-level overview of proven practices and lessons learned for serving jobseekers with disabilities through the workforce development system. Attendees learned from a subject matter expert who has collected simple, practical, and cost-effective solutions to help advance opportunities for jobseekers with disabilities. END_OF_DOCUMENT_TOKEN_TO_BE_REPLACED

Two organizers, one local and one national, share their experiences with coalition building and advocacy for disability justice.