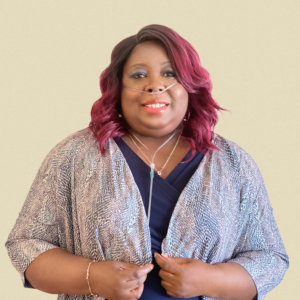 Born in Trinidad, raised in Brooklyn, New York. Juliet Romeo is an award-winning filmmaker now living in South Florida. Diagnosed with Sickle Cell Disease as a newborn, her perseverance and passion could be seen early on. Lengthy hospital stays honed her skill and love of reading and writing stories. Juliet has written over a dozen short screenplays, documentaries, and series. She often uses her life experience as a Caribbean, women of color with a disability to create unique and authentic narratives and content that impact people’s lives in positive ways. She writes romance, comedy, drama, Sci-fi and thrillers that are women centered and empowering, focus on social issues and bring awareness to amplify diverse and differently abled voices while still entertaining. Juliet also strongly believes in the importance of setting the scene to tell a great story and she is recognized as an art director on films such as, I Before Thee, 1Love, and Today, Like Yesterday.

After many obstacles she faced due to her health she received her degree in broadcast journalism from City College. In 2016 the abnormal breakdown of her red blood cells started to affect her breathing and she became oxygen dependent. Around that same time, she lost her best friend to Sickle Cell and she decided to shift her career to film, something she has always dreamed of doing. She picked up a camera and documented her personal journey. J.U.L.E.S was chosen for the debut season of PBS Film-Maker. It won the Doc Without Borders 2020 award and screened at the American Black Film Festival. She was one of thirteen filmmakers nominated by PBS and then selected for the Firelight Media Groundwork Lab 2019. She recently completed her second documentary for PBS “Art Of Warriors” highlighting the impact that COVID-19 had on the sickle cell community.

Noticing the need for more accessibility in mainstream film festivals, Juliet founded the UNSTOPPABLE Films program promoting disability and diversity inclusion in film. The program made its debut for Slamdance Film Festival 2021 with record-breaking numbers. Companies like Hulu, Google, YouTube and ARRAY supported and took part in her mission to create opportunities for differently abled filmmakers in spite of their disability. UNSTOPPABLE Films is a blueprint program for all festivals going forward to include, showcase and celebrate the brilliant works and stories of the disabled community.

Juliet is one of eight fellows in the Blackmagic Collective All Access initiative.