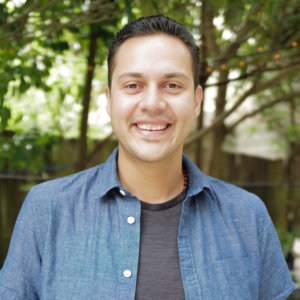 Sam Zapiain is a Director and Editor based in Los Angeles, CA. After graduating from University of Nevada, Las Vegas Film in 2013, Sam quickly started his career in camera-related & post-production editing roles. He gained experience in reality TV, live events, television, and film, oftentimes focusing on long-from narratives. He currently focuses on roles as an Editor and Digital Imaging Technician.

Outside of work, Sam develops and produces passion projects, often short films, based on personal inspiration. As his career has grown, he has taken on ambitious projects with expected, yet grueling hours and stressful work environments.

In November of 2017, Sam received a harsh reality check. At the age of 27, he was diagnosed as a Type II diabetic. The invisible disease made it even harder to balance work and personal life. It took time for Sam to acclimate to the idea of having diabetes, managing the near-constant risks, and reducing the unpredictably debilitating effects — all of which seemed based on simple (but often very complex) diet choices. It was a silent tug of war match, affecting eyesight, kidney function, the nervous system, hunger, thirst, and even rationality. Only a few years later, he was hospitalized and discovered he had been misdiagnosed. Sam was actually a Type I, meaning he was officially dependent on insulin intake. Despite medicinal/diet practice, the constant conflict had to be managed in the only way Sam knew how to: through his art medium.

Not only has Sam felt a renewed inspiration for film, but also has discovered the boundless urge to advocate for furthering self-awareness on the illness. He hopes his story connects others in need of solidarity and helps audiences understand the way diseases, visible or not, can have long-lasting impact on people from different walks of life.