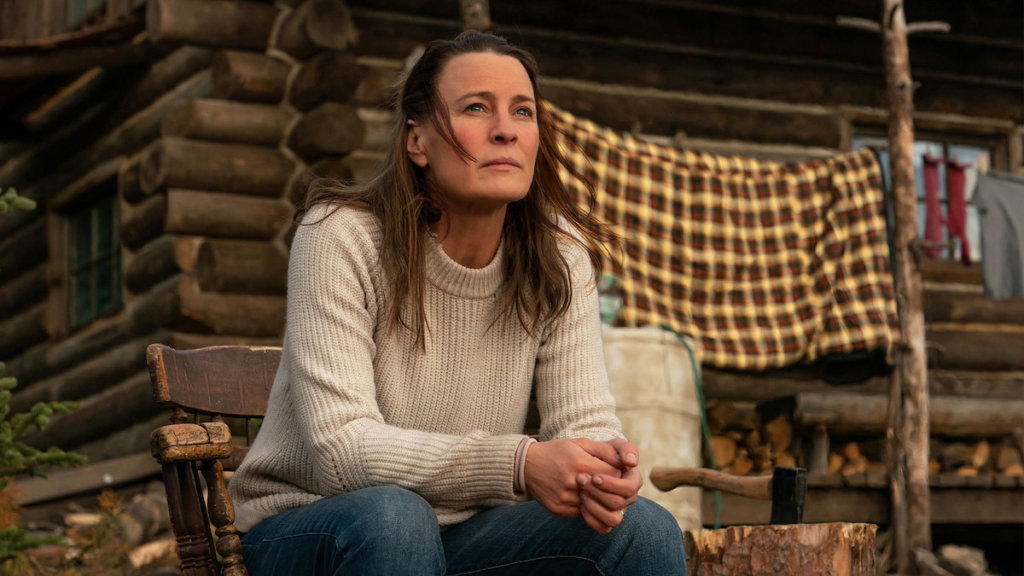 Los Angeles, CA, Feb. 16 – At the 2021 Sundance Film Festival, I was fortunate enough to have the opportunity to watch the premiere of Robin Wright’s directorial debut, Land. I have low vision, so, luckily for me, Land was one of just two films at Sundance this year with an option to watch with audio description. More than 1 million people in the U.S. are blind and more than 12 million have low vision. Audio description is a secondary audio track that helps low-vision and blind consumers by describing the action of characters with voiceover in between lines of dialogue.

Note: Minor Spoilers Ahead for Land

Audio description is common among studio releases nowadays but is less common among independent films and a rarity during film festivals. Since the 2021 Sundance Film Festival was virtual this year, it was easy to access the audio described content this year by just clicking a link.

For the film Land, audio description was a necessity, considering a large portion of the film has no dialogue. Land is about a grieving woman named Edee (Robin Wright) who tries to start a new life in the Wyoming wilderness. Since there are large stretches of the film where Edee is trying to survive in the wild on her own, the description did a great job of keeping a low-vision consumer like myself in the loop. They described the beautiful mountains and green terrain exceptionally vividly. Other descriptive phrases, such as “dust rising from the road,” “bell shaking on a fishing line” and “cobwebs covering the walls,” helped me immensely because I wouldn’t have noticed them otherwise. Big plot points are also well described, like when Edee has a run-in with a bear or when she has important memories in flashbacks. Edee also looked at photos and drawings throughout the film, which the audio description described well enough for me to understand what she was looking at.

Focus Features has been excellent about making their films accessible, especially ones they are trying to promote during this awards season. In addition to Land, which has been in theaters beginning February 12, Focus Features also distributed Promising Young Woman and Never Rarely Sometimes Always with audio description. Both were in my top 10 films of. Promising Young Woman is nominated for multiple Golden Globes this year and is making an Oscar push, and Never Rarely Sometimes Always is nominated for several Independent Spirit Awards. Other audio described Oscar-nominated films that Focus Features distributed include BlacKKKlandman, Darkest Hour and Phantom Thread.

Land currently is playing in theaters, where theaters are open.

Next: Highlighting African Americans with Disabilities in Honor of Black History Month