With the 2020 election just weeks away, candidates and campaigns are scrambling to reach persuadable voters and earn their vote. Researchers at Rutgers University estimate there are 38.3 million voters with a disability eligible to vote this November. From former Vice President Biden to candidates in down-ballot races at the state level, political candidates are reaching out to voters with disabilities and talking about the issues that matter most to them.

Featuring speakers from the National Disability Rights Network (NDRN) and RespectAbility as well as self-advocates from the community, watch a fascinating discussion about what campaigns and candidates have been doing to reach out to the disability community. 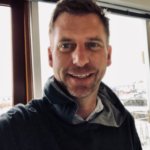 Bo Harmon enjoyed a successful career as a political campaign strategist for dozens of candidates for Governor, Senator, and President. His focus on using technology to better engage voters and innovative communications strategies helped win some of the most high-profile campaigns of the last 20 years. Harmon now uses those same strategies to help socially-conscious organizations better connect to their members, donors and the public. He has worked with NDRN for almost two years to help improve communications and advocacy between elected officials and the disability community. 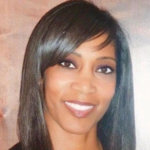 Andrea Jennings, actress, model, public speaker, commissioner and founder of Shifting Creative Paradigms Entertainment and Productions – Leveling the Playing Field®, envisions a world where underrepresented individuals in media such as people with disabilities, will be depicted as strong leaders. She believes that the design, fashion, arts and entertainment fields are powerful arenas that can be used to influence social change by using multiple media platforms. Creating and producing inclusive and diverse content for television, film, theatre and music productions is the vision and goal of her production company.

Jennings has a Master of Music specializing in Music Business and Entertainment Industries/Law and a BA in Integrated Marketing Communications and hopes to facilitate better opportunities through developing adaptive curriculum involving music and the arts and educational events. Jennings serves as a panelist for numerous diversity and inclusion panels and is a sought-after keynote speaker for graduations and conferences. Currently, she is a guest client lecturer for a neuro-rehabilitation class at Cal State Los Angeles, serves on various advisory committees and is a commissioner advocating for accessibility and disability rights. She also trains individuals and industry professionals to “level the playing field” by teaching them creative solutions to influence social change in the arts, fashion, entertainment, medical and design arenas.

Jennings experienced a major car accident at the top of her career working for a worldwide top 5 advertising conglomerate. The accident left her with multiple and life changing injuries, affecting her ability to walk and work; however, her mother always taught her that “Adversity builds character.” After the accident, Jennnings learned how to reestablish herself in a world that was not so accessible, inclusive and accommodating with grace. She realized her purpose was to create equitable solutions for social change through her experience so that she could help others. 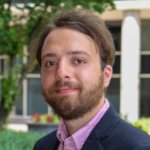 Jack Rosen develops non-partisan messaging to engage and increase participation of voters with disabilities in the electoral process. He collaborates with civil and disability rights organizations to enhance voter engagement nationally. Prior to joining NDRN in May 2020, Jack helped implement voter contact strategies for a state Senate campaign and worked as a freelance strategic communications consultant. He holds a B.A. in Government from Skidmore College and an M.A. in American Government from Georgetown University. 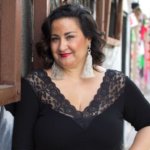 All communities have hidden narratives, and Melissa Elmira Yingst is all about finding and bringing awareness to them, especially when they celebrate women and muxeristas. As a child in Southern California, she sought for deep connections with other people. As she grew, she realized she wanted to do something more. She ventured off to Gallaudet University to earn her Bachelor’s in Psychology, and to Arizona State University for her Master’s in Social Work. Since then, she held different positions as a social worker and school counselor in New York City and Phoenix. She currently teaches at CSUN and works at Convo as a Social Media Manager. She also is the co-founder of Alma de Muxeristas, an organization for muxeristas who are Deaf, DeafBlind, Deaf Disabled, Late-Deafened, or Hard of Hearing. Now back home in Los Angeles with her signature red lipstick (which gives her powers) and her brown Chicana self, she is ready to take on the world with Melmira, her new show. 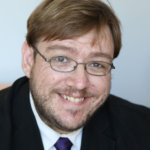 Philip Kahn-Pauli is the Policy and Practices Director of RespectAbility, a nonprofit organization fighting stigmas and advancing opportunities for and with people with disabilities. He educates leaders at the federal and state level about best practices to expand opportunities for people with disabilities. Kahn-Pauli coordinated the development and distribution of both the Disability Employment First Planning Toolkit and Disability and Criminal Justice Reform: Keys to Success report. He frequently organizes accessible webinars on best practices, which are attended by workforce boards, agencies, VR, disability organizations, public officials, artists and more – reaching a national audience of more than 2,000. Kahn-Pauli also speaks at national and regional conferences for workforce boards, agencies and professionals.

Previous: Craig H. Neilsen Foundation Grant Funds Organization to Enable People with Spinal Cord Injuries to Advance Their Careers While Advocating for Others