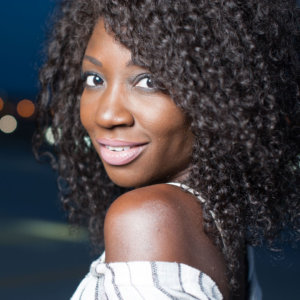 Natasha Ofili debuted in two TV series in 2019, both currently streaming: Netflix’s The Politician as Principal Vaugh and Amazon Prime’s Undone as a Deaf Teacher. She had a wonderful opportunity to be part of a workshop and musical lab series: as Cathy in The Last Five Years at the Center Theatre Group Annex and Andromeda in Medusa at the Getty Villa. 2020 started with Natasha starring as Eurydice in Orphée, a Deaf West spring production. Unfortunately, after opening night in March, the show was cancelled due to the pandemic. As the Black Lives Matter protests reached new levels after George Floyd’s death, Natasha was inspired to co-write and produce a creative project, “Am I Next?” This project is something she felt proud to work on to bring focus on the Black Deaf Community. She is currently writing another play. Natasha thanks her mother for teaching her how to be a positive driving force to achieve the impossible. Her middle name, Ifeanyi, meaning “Nothing is Impossible,” fuels her drive to break down barriers for deaf & hard of hearing actors. For Natasha, the goal for the rest of 2020 is to surround herself with greatness, and those who see the greatness within her even when she doesn’t see it herself.