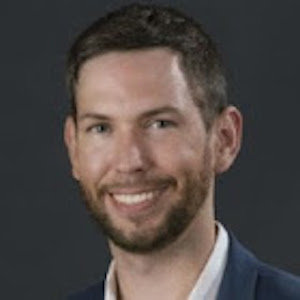 Brian Binkley was born and raised in Jasper, Indiana, in the heart of the Midwest. His mother taught his younger brother and him “The Golden Rule” was always most important: “Do unto others as you would have them do unto you.” Even before he knew the meaning of diversity and inclusion, Binkley was open-minded and welcoming of anyone he met regardless of their background or how they identified.

Binkley enlisted in the Indiana Army National Guard as a combat Infantryman (11 Bravo) during high school and was training at Fort Benning, Georgia, on September 11, 2001. In 2004, he deployed to Afghanistan in support of Operation Enduring Freedom and was awarded “Soldier of the Quarter.” During this deployment, when he had free time, Binkley ordered books and completed his entire first year of college online. He attended classes at Indiana University studied Media & Entertainment: Consulting & Psychology in 2005-2007 until he was deployed again to Iraq, this time in support of Operation Iraqi Freedom. Since transitioning out of the military in 2010, Binkley has continued ongoing rehabilitative care with the VA for his service-connected disabilities including hearing loss and leg and back injuries, as well as seeing supportive counseling services.

Binkley moved to Los Angeles after his military service for an internship at The Collective Management Group as he wanted to be a rock-genre music manager. He soon was offered a full-time job there as an executive assistant with a cross-over talent manager in the television department. Over the next several years, Binkley worked extended temporary roles as a development assistant at Zodiac Americas (now part of the Banijay Group) and as a legal coordinator at NBCUniversal. During this time, he completed a Certificate in Television Writing from the UCLA-Extension Program.

Binkley pivoted into the public sector in 2015, where he worked as a Fellow in L.A. Mayor Eric Garcetti’s Office of Veteran & Military Affairs assisting their team’s goal of hiring 10,000 veterans in Los Angeles. Over the next few years, he would work in roles with the Department of Veterans Affairs to assist hiring 1,000,000 veterans nationwide and at the School of Social Work with the University of Southern California (USC) at a new mental health clinic after becoming a Certified Peer Support Specialist.

Working at the clinic is where he believes he learned more about TV & Film than any other job in his career. At the clinic, Binkley assisted clients to improve their and their families’ quality of life the same way we all do in TV & Film where we provide the characters with options and they make decisions. Lastly, he worked as a Business Service Representative under the State of California which ultimately led him to becoming the current Chairman of the Los Angeles Veteran Employment Committee assisting all veterans in the City of Los Angeles and their spouses with finding sustainable employment.

Binkley completed a well-known PA 101 for Veterans program in 2017 that trains military veterans to be a Production Assistant. Experience gained after working on Emmy, PGA, WGA, and DGA Award winning television series and even some feature films projects over the next few years as a Set PA gave Binkley the knowledge to produce, write and (trainee) direct his first short film How Many Degrees of Service for the Easterseals Disability Film Challenge focusing on a disability that many people don’t think about: substance abuse.

He recently participated a new 6-month program: the CBS Leadership Pipeline Challenge after being nominated into the program as a writer. As a Producer / Writer, Binkley is currently packaging projects of his own as well as with other talent. Long term, he hopes to continue using his voice as a STRONG ALLY in all areas of diversity & inclusion initiatives within the media and entertainment industry and sign a studio deal to develop content.