Halle Berry: Living with Disability While Taking a Stand against Domestic Violence 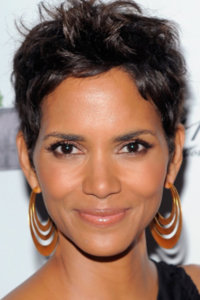 Halle Berry is much more than a sex symbol; she is a fighter who lives with disability.

The best dressed actress is an advocate for ending violence against women, an advocate for individuals with disabilities, and has been fighting for virtually her whole life.

The Cleveland, Ohio native was raised by a single mother along with her sister after her abusive father abandoned the family.

“When I was a girl and my mother had the s–t kicked out of her, her self-esteem moved onto me,” said Berry.

Berry’s career began as a model. In 1985 she won first runner up in Miss USA and became the first African American Miss World entrant.

Just four years later, Berry was diagnosed with Type One Diabetes, meaning that her body does not produce insulin. “I fell ill – dramatically – when I was on the TV show, Living Dolls, in 1989. I felt I needed energy but I didn’t even have a minute to pop out and get a chocolate bar,” she said. “I didn’t really know what was wrong.”

She was diagnosed after spending seven days in a diabetic coma and woke up in the hospital.

According to the American Diabetes Association, “about 1.25 million Americans have type 1 diabetes and an estimated 40,000 people will be newly diagnosed each year in the U.S.”

In 2002, Berry was awarded an Oscar for her lead role in Monsters Ball. She is the only African American actress to have received the award for Best Actress.

However, while Berry’s career was skyrocketing, she was hiding the turmoil that which she was facing in her personal life.

In 2004, the actress revealed that she had been with numerous partners that had physically abused her, one so badly that it caused her hearing loss.

“It was only when I was in an abusive relationship and blood squirted on the ceiling of my apartment and I lost 80 percent of my hearing in my ear that I realized, I have to break the cycle,” said Berry while speaking at The Mayors Fund Benefit in New York City in 2011. “I want women to stand up and break the silence and get rid of the shame and the fear and find a way to stand up for themselves.”

It was because of her experiences that she began working at the Jenesse Center, a domestic violence intervention and prevention program. She has done work with the center for more than 15 years.

Today, not only is Berry an immensely successful actress and mother but she also is extremely open about her life with diabetes as well as the incidents that caused her to lose most of her hearing.

Role models such as Berry make a big difference in setting high expectations for youth with disabilities. People with disabilities of all backgrounds can be amongst the highest achievers on earth. Harriet Tubman had Epilepsy, actress Halle Berry lives with diabetes, business leader and Shark Tank superstar Daymond John is dyslexic and Stevie Wonder is blind. Each of them is a positive role model for success.

Our nation’s economy is strongest when it is inclusive of the value that diverse talent brings to the workplace. Berry is defying statistics as one of the highest paid actresses in Hollywood and has indicated that her career will not be slowing down anytime soon.

This article was updated on Jan. 7, 2020 to remove information about an incident that cannot be substantiated.