Clarence Page Credits ADHD with Making Him a Better Journalist 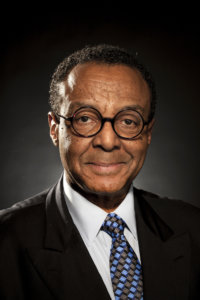 Clarence Page is a highly accomplished journalist. He is a Pulitzer-winning syndicated columnist for the Tribune network, a member of the Chicago Tribune’s editorial board, a regular contributor to The News Hour with Jim Lehrer and has appeared on The McLaughlin Group, NBC’s The Chris Matthews Show, ABC’s Nightline and BET’s Lead Story.

He is also an African American who identifies as having Attention Deficient Hyperactive Disorder (ADHD), which can affect basic functioning due to hyperactivity and a pattern of inattention. Page has been outspoken about having ADHD and educating people about his disability.

Page is proof that unemployment does not have to be the norm. In fact, Page thinks that having ADHD helped him become a successful journalist.

“I have a tireless curiosity about people in general, and I love to find interesting stories,” he said. “I’m no expert, but those characteristics seem to go productively well with the symptoms of ADHD.”

Page’s success in his field shows that people with disabilities are not only capable of doing great work, but also possess unique talents to bring to the table.

Page also knows we have work to do as a society to make life better for people with disabilities. He compared the struggles that children with ADHD face today to what he faced as an African American in the 1950s and 1960s. In the book “Positively ADD,” Page said that “people expect [children with ADHD] to act and learn in a certain way, but they don’t. They have to fight to figure out who they are and what they need.”

Reducing stigmas around ADHD would make these children’s lives easier and help them reach their potential. To do that, Page says that we should avoid simplistic descriptions of the disorder and focus on people’s abilities.

Page offered some advice for young adults with ADHD: “Think of your diagnosis not as a ceiling on your abilities but as a floor beneath your opportunities. Never use your condition as an excuse to avoid trying new tasks and pursuing new goals. Face reality: You always will face different challenges from most other people. But you also have more opportunities than any previous generation.”

Role models like Page help show people with disabilities that they can achieve success in the workforce, just like everyone else.