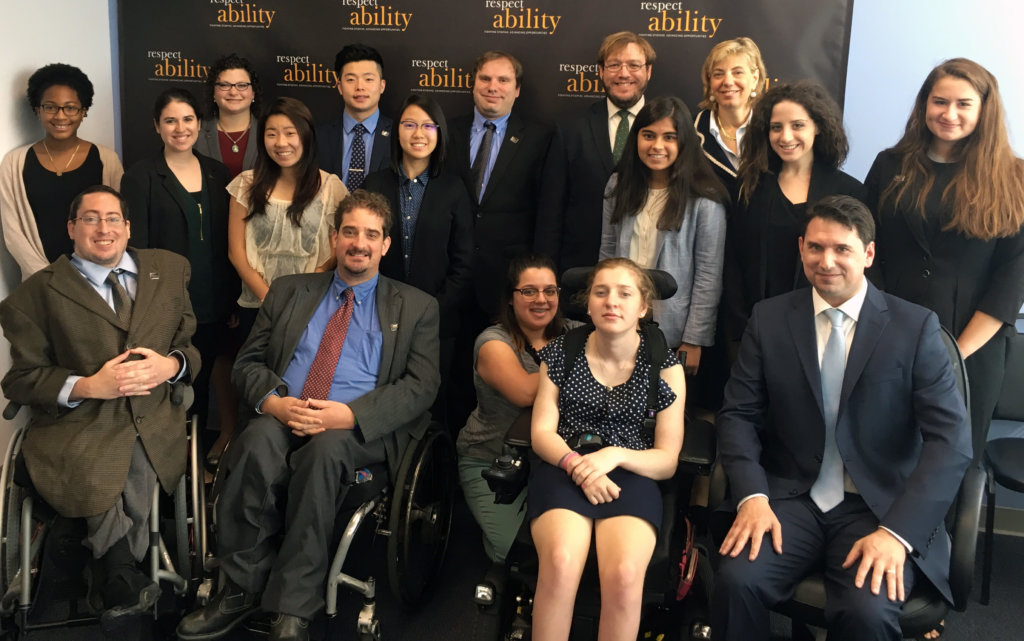 Rockville, Md., Sept. 18 – Geoffrey Melada is an outgoing and demonstrative man, a personality that has no doubt served him well as he moved from courtrooms to newsrooms during a diverse career as a journalist, trial lawyer and now communications director for Hillel International. 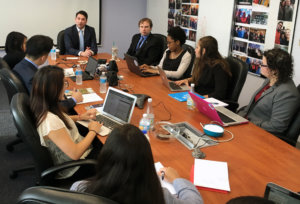 As he entered the room, you could see his face light up and his excitement to be speaking in front of a group of interested young advocates, mixing advice and anecdotes in his hour-long talk.

Like many of the speakers RespectAbility featured this summer, Melada has not had a ‘traditional’ career journey. However, his winding career path taught him many lessons along the way, and he argued that the fellows shouldn’t accept the conventional wisdom that there is only one path to a profession.

One of the first lessons he learned came from journalist and author Cokie Roberts, who Melada heard speak one summer here in Washington as a college student. Her advice to aspiring young journalists was, surprisingly, not to major in journalism but rather any subject that would give them substantive knowledge to inform their writing. Melada chose to major in English literature at Haverford College, believing he could learn reporting skills on the job after learning to write.

He got his chance right after college, spending three years as a writer for Philadelphia’s Jewish Exponent, where he reported on everything from crime and the courts to politics and the arts – even kosher ice cream (a story that won him his first Society of Professional Journalists award), before taking the plunge and going to law school at Duquesne University.

His editor at the time didn’t understand why he wanted to leave journalism, but Melada believed that a legal education would prove quite useful for a writer. After three years, he understood the inner workings of government and the courts far better than when he began covering them three years prior. And after telling stories in newspapers, his journalism background prepared him to tell stories in front of juries. As a public prosecutor and then as a private criminal defense attorney, he tried more than 100 cases to verdict, including 33 jury trials. 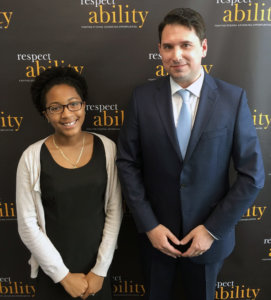 During that time, he learned from a mentor that “criminal law is roughly 10 percent law and 90 percent relationships. Deals are made in the hallways of the courthouse and on the steps, with handshakes.”

Quoting an old Jewish story about the value of one’s good name, he said: “Your reputation once destroyed, cannot be easily repaired,” he said. “Tear open a feather pillow, and try to find and replace every feather.”

Along with recognizing the value of professional relationships, another lesson Melada learned is that “friendships are important” and he urged fellows to “maintain them and cultivate them” for “they will come back to reward you in ways you can’t imagine.”

After seven years as a litigator, Melada “felt a longing to tell stories” again and a need to continue developing his skills. At the age of 35, he moved to New York to attend Columbia University’s School of Journalism. After graduation, in another turn of “Chutes and Ladders,” he moved to the nation’s capital to become the editor-in-chief Washington Jewish Week.

He got everything he wanted out that position, he told the fellows. The paper won numerous awards, including First Place and Best-in-Show in religion reporting from the Maryland/DC/Delaware Press Association, he could mentor other writers and help them achieve.

Two years ago, a friend and fellow journalist inspired Melada to take a leap of faith and another turn at “Chutes and Ladders.” This time, Melada moved into communications/PR as the director of communications for Hillel International, the world’s largest Jewish campus organization. While staying in the Jewish sphere, Melada is excited about this new opportunity to work with Hillel International’s students and staff all over the world to share their stories – both in print and digital media.

Melada was extremely proud to be spending time with RespectAbility fellows on the heels of his recent trip to Washington University in Saint Louis, where Hillel had just held its annual training Institute. There, Melada was joined by 27 Ruderman Inclusion Ambassadors serving on 16 distinct college campuses this year. These student engagement interns will work with Hillel International to create an open and welcoming environment for students of all abilities on campus. The energy and excitement surrounding this initiative was evident to everyone in the room.

Melada’s path has not been straightforward, but perhaps a single trajectory isn’t always the fastest route to finding a meaningful career, or yourself.

Emma Adelman is a Program Development & Fundraising Fellow. In addition to her development work, Adelman manages the organization’s Twitter account and contributes to the Born This Way #BTWchat Twitter chats. She is a graduate of Mount Holyoke College.

Previous: What it Means to be a Leader in a Nonprofit