A New Generation of Disability Activists 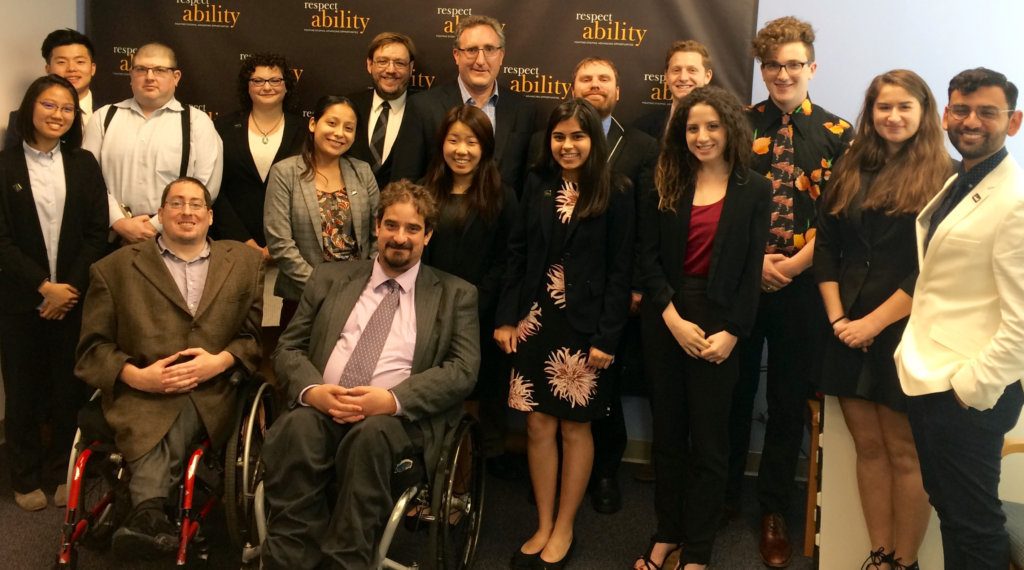 Rockville, Md., July 3 – Considering himself a second-generation disability activist, Andrew Imparato took RespectAbility Fellows on a journey of disability civil rights history last month. He demonstrated how he has dedicated his career to defending and implementing these rights. Throughout his talk, Imparato focused on the importance of integrating disability history as part of K-12 and higher education, stating that this important part of civil rights history often is excluded, resulting in a missed opportunity to educate all Americans about this part of our history. 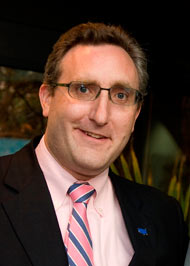 Imparato’s path as a disability activist began in the summer after graduating from law school. His interest in pursuing public interest law led him to work helping people with appeals of denials of federal disability benefits at Cambridge & Somerville Legal Services. Imparato’s experience continued to grow when he took a fellowship with the Disability Law Center, where he educated low-income families and Boston City Hospital clinicians and staff in how the disability benefit system works.

In this early stage of his career, Imparato was coming to terms with a chronic mental health condition that began during his last semester of law school and that he continues to experience to this day. He said his first episode of depression was a difficult time for him but was able get through it with the support of his wife. His personal experience with his disability, combined with his extensive knowledge of disability rights and Medicaid, opened the doors to opportunities that led him to Washington, D.C., where he worked for Sen. Tom Harkin, Paul Steven Miller, Bobby Silverstein and Marca Bristo. Imparato currently is the executive director of the Association of University Centers on Disabilities (AUCD). 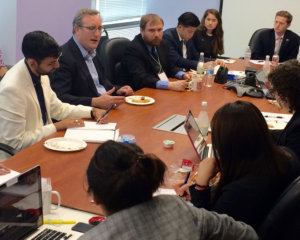 The disability rights movement took shape in the 1970s by activists who advocated for the equal access, equal treatment and equal opportunity of people with disabilities, a diverse group of people who have faced terrible discrimination and cruel treatment. The implementation of the Rehabilitation Act of 1973, the Individuals with Disabilities Education Act (IDEA) and the Americans with Disabilities Act of 1990 (ADA) are among the key laws enabling the United States to become an inclusive country for people with disabilities. These laws have made great progress to respect the dignity of individuals with disabilities; however, Imparato said we still have work to do.

Imparato led the audience to speculate about an important question. We have seen how activists who have fought for civil rights have contributed to the great progress our country has made on inclusion. But how can we continue to protect civil rights and make more progress?

Imparato learned the answer to this question starts with improving K-12 and higher education, stating that learning about disabilities should be part of a well-rounded education just as civil rights history is an essential part of American history. He stressed the negative impacts of how disability civil rights history is too often excluded from history books. He said that integrating this important part of history to education will allow young people to have a better understanding of disabilities and see the strong connections between the disability rights movement and other movements for civil rights and social justice.

Imparato also emphasized the importance of educating parents of children with disabilities and adults with disabilities about their rights under the ADA, IDEA and other key laws. He noted that when the National Council on Disability studied federal enforcement of disability rights laws, the biggest take aways were the limits to the government’s capacity to ensure compliance and the critical importance of a well-educated protected class. “We need a well-informed army who knows these laws and what they do can implement and protect the rights of people with disabilities,” Imparato said.

Who is Justin Dart Jr? 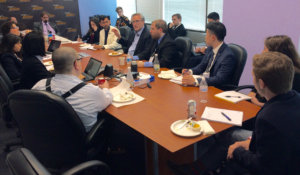 Imparato noted that we have made limited progress in the area of labor force participation for people with disabilities since the passage of the ADA in 1990. “There’s something wrong with the strategy we’ve been using, because we haven’t made significant progress in employment outcomes in the last 30 years,” Imparato said.

When asked how to change public attitudes toward people with disabilities, he explained, “we must first ask how people develop their ideas about disabilities.”

There are many negative stigmas and negative reinforcements in the media that paint a negative picture for people with disabilities. Imparato asked, “how many Americans know who Justin Dart Jr. is?” Some might know he’s the father of ADA, but others might not even know what the ADA is.

Imparato offered a simple message for those who want to be advocates: to become educated and share the knowledge that will challenge the barriers and flawed views created by society. This is the task for our generation of disability activists, he said.

Imparato ended by sharing a quote by Christine Griffin: “The best way to change the attitudes of people about disabilities is to work alongside a person with a disability and have a positive experience.” He noted that for people with non-apparent disabilities, the only way that society can realize this benefit is if they are comfortable being “out at work” with their disabilities.

Ricky Rendon is a Policy Fellow. He is working on his master’s degree in clinical rehabilitation counseling. Previously though Project HIRE (Helping Individuals Reach Employment), he ensured students with disabilities received the beneficial tools to graduate and successfully reach employment.