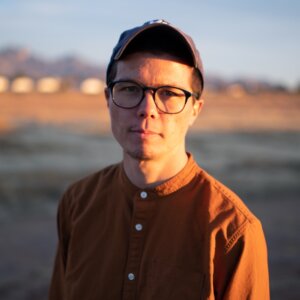 Born in Texas and raised in New Mexico, Sheridan O’Donnell is a Korean American writer and director based in Los Angeles. He is low vision and a passionate disability advocate. His films are deeply personal and focused on the underseen—traumedies that are filled with moments of intense catharsis and humor, and dedicated to their richly drawn, complicated characters.

His short “Wolff’s Law,” which stars Brendan Meyer (Netflix’s “The OA”) was drawn from O’Donnell’s personal experiences with bullying, and had its World Premiere at the Brussels Short Film Festival, where it was the only US film in competition, and had its North American Premiere at Hollyshorts in Los Angeles.

His next short, “A Picnic Table, At Dusk” starring Taylor Hickson (Freeform’s “Motherhood: Fort Salem”) made its World Premiere at the 37th Vancouver International Film Festival where International Shorts Programmer Sandy Gow called it “absolutely one of my favorite shorts this year.”

His upcoming feature debut, “Little Brother”, was inspired by his late friend who died by suicide. Its cast includes J.K. Simmons, Daniel Diemer (Netflix’s “The Half Of It”), Philip Ettinger (A24’s “First Reformed”), and Polly Draper (“Shiva Baby”). The script was a semi-finalist in the Screencraft Drama Competition and tells the story of Jake, played by Diemer, as he drives his older brother Pete (who is neurodivergent), played by Ettinger, home from Albuquerque to Seattle for a family intervention after his most recent suicide attempt. In addition to the cast, some highlights of the creative team include cinematographer Conor Murphy (“Mickey and the Bear”, Cannes ‘19), editor Mike Selemon (Shirin Neshat’s “Land of Dreams”, Venice ‘21), and producers Keagan Karnes, Chris Dodds, Dylan Matlock (“Mass”, Sundance ‘21), J.P. Ouelette (“Mass”, Sundance ‘21), and Brent Morris.

In addition to films, O’Donnell has also directed award winning commercials for clients like eHarmony, Destination El Paso, and Dawn Foods which have been written up by Advertising Age and aired nationally around the globe.