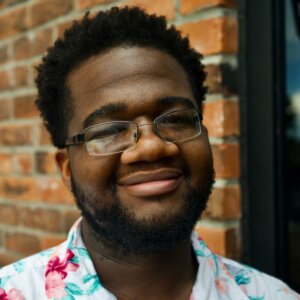 Lonzo Bentley is an award-winning writer and director born, raised, and currently residing in Detroit, Michigan.

Storytelling has always been the main form of communication in his life, whether it was listening to his elders recount their history, or watching classic films such as “Rocky” or “Night of the Living Dead” with his father. He soon discovered that cinema was not only a medium for entertainment, but a medium to tell stories that could invoke empathy, capture history often buried, and explore the nuances and complexities of the human condition.

Since 2015, he has produced, written, and directed three feature films called “Suicide Isn’t Painless,” “Beautiful Melancholy,” and “Love is Love,” and a handful of shorts and web series. In addition to being in development on multiple projects, Lonzo is currently in pre-production on his fourth feature, “There You Are Flat Rock,” which is set to start shooting in the summer of 2023.