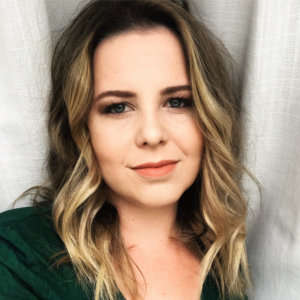 A high-energy director/writer/producer, Courtney Wold’s work is immersed in working-class, women-led stories. By 2012, she had produced, written, and directed short films, local access television, and commercials for small businesses before transferring to the University of Southern California for the Film and Television Production program. In 2013, Courtney won Best New Writer at the Action On International Film Festival for her feature screenplay Aisle 14 and produced USC’s first-ever foreign language undergraduate project (Pasaporte). In 2015, she started working with major brands (Campbells, Home Depot, Arbonne, Who Gives A Crap and more) to create branded content for a millennial audience. In 2016, Courtney produced and second unit directed the popular LGBTQIA web-series Go-Go Boy, Interrupted with Jimmy Fowlie and Jordan Black, winning a QWEERTY award. In the same year, she directed the second season of the Yahoo! show Mr. Right and was commissioned to adapt the WWII novel Star of David into a feature-length screenplay. After partnering with the world’s largest sex toy brand in 2017 to bring her show Tight to broader audiences, she signed a shopping agreement with Howie Mandell and Critical Content. In 2018, she wrote The Key Between My Fingers, detailing an experience she had at a gas station late at night. That short screenplay won four Best Screenplay awards, four Finalist selections, two official selections at festivals around the country. Courtney has produced high-profile music vides for artists like A$AP Rocky and multiple features over the last decade. She’s assistant directed for creators like Jay Mewes and worked with Netflix/Vanity Fair to write videos for the hit show 13 Reasons Why. She is also an accomplished consultant having built schedules, budgets, and re-writes for hundreds of projects in 22 countries. Courtney is currently working on the Guillermo Del Toro/Netflix Pinocchio movie as the APM while continuing to develop her feature film Paradise Ranch.