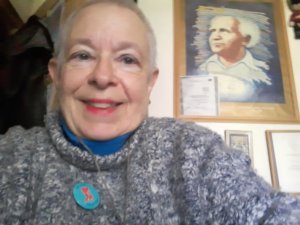 In my first essay for RespectAbility I mentioned the problems single, sick or disabled congregants of modest means have in this modern world because we as a people have excelled in so many pursuits.  From the outset I must make it clear the second part of my essay is not a bitter mega-kvetch about poor cousins envying rich cousins. It is an overview of modern Jewry contrasted against the world my grandfather inhabited – a world of tzedakah.

First of all it is crucial to stress that the Anglo-Jewish community is tiny – estimated to comprise a figure of under 300,000. To its credit – and I regard this as phenomenal for such a minute group – outstanding UK organizations have arisen over the past centuries. These include Jewish Blind and Disabled; JAMI (Jewish Association for the Mentally Ill; Jewish Care; Chai (Cancer care;) The Settlement; All Aboard and at the Liberal Jewish Synagogue London Singing for the Mind; Keep in Touch; the Refugee and Asylum Seeker Drop-in; Out and About Cub; Singing for the Mind and Restaurant Tuesday.

The Out and About Club is unique because it welcomes non-Jewish members from local communities. It meets at the synagogue but also offers an annual outing; members needing transport to the Club are collected in a minivan  – a logistical marvel – driven by its devoted non-Jewish ‘Neighbourcare’ director, David Hogarth, who was recently decorated by Her Majesty the Queen. MPs and Lord Mayors and Mayoresses attend events, lectures and entertainments presented for the often-capacity crowd of disabled and elderly attendees. When its greatly-loved, longtime President Rabbi David J Goldberg died in 2019 even members with significant disabilities were determined to attend his packed memorial service. Founded in 1970 by Diana daCosta and British television personality Esther Rantzen, the indomitable Jenny Nathan, whose husband Michael was used a wheelchair, has developed and supported the Club for many years. These names may mean nothing to American readers but England is a small country and this level of activity reaches the ears and eyes of the media and government. The new book, ‘Fifty Years Out and About’ by Pam Fox is a compelling account of a half-century of this small pocket in St John’s Wood of human contact for the disabled and elderly.

Despite these admirable community gatherings, most of which seriously ill, immune-compromised younger congregants  have had to forego even before Covid, I still perceive a lack of one-on-one concern. Charities who kick in to financially help the disabled and chronically ill tend to be run by non-Jewish organizations. Consistently over the past decade I have found my non-Jewish friends more willing to help than my own shul.

I am reminded of the late Chief Rabbi Jonathan Sacks, who a good ten years ago said he wanted to start seeing shulgoers slipping a check to someone they know to be in desperate straits but ‘too ashamed to ask.’  He added that appeals for help for Israel were important but that communities must also think of the needy closer to home.

My late grandfather Charles Karash often invited to Friday night dinner a single, destitute man who had turned up at his shul in South Philadelphia. My grandmother Celia would take umbrage; she had not cooked for an extra mouth. Grandpa would remind her that if he had a nickel more than the pauper they were rich in Hashem’s eyes and could afford to give him a meal.

The 1930 novel ‘Jews Without Money’ still resonates. A worldwide bestseller, its somewhat hysterical style appealed to millions of readers struggling in the Great Depression and whose author, Michael Gold, tells a semi-autobiographical tale of Jews not inhabiting the wealthy elite. It resonated – and still does – with non-Jews and was a manifestation of universal aspirations to escape poverty.

In terms of contemporary synagogue involvement with poverty among its own, I have been doing research by speaking to members and officials. What I find remarkable is that some of the wealthiest shuls in Britain seem to have little or no mechanism to stop members from losing their homes if they run into mortgage arrears or if they are in a fixed-term loan, the balance of which must be paid off or the borrower is foreclosed, even after making monthly payments for years.

My recommendation is that the synagogues discreetly form a committee of the wealthiest members and officials who can take charges over members’ homes which are repayable upon death, sale of the property, or improvement in the circumstances of the struggling borrower. The charge money may be used to discharge the mortgage from the institution threatening foreclosure. Another way of helping fellow shulgoers is sale of the property to the synagogue; the borrower may stay in the property as a tenant and when he or she moves into a retirement community or dies the home is taken by the synagogue in vacant possession. It could then be used as a home for one of its rabbis.

This could be a step forward for a wealthy, successful community to give back to and even rescue those in need – the best kind of tzedakah on offer.

Carol Gould is a native of Philadelphia and a Phi Beta Kappa 1976 graduate of Temple University. She has lived in Britain for forty-five years as a network television drama executive and BBC, Sky News and LBC political commentator. She commissioned many ITV UK plays and series for ‘Masterpiece Theater’ and ‘Mystery’ including ‘Cause Celebre’ by Terence Rattigan, starring Helen Mirren and David Suchet and six PD James thrillers. She is the author of ‘Spitfire Girls,’ about the women pilots of World War 2, and ‘Don’t tread on me – anti-Americanism Abroad’ about anti-Semitism and US-hatred. She has written for the Telegraph, Guardian, Jewish Chronicle and Forward. In 2020 she was inducted into the Court of Distinguished Daughters of Philadelphia High School for Girls; fellow recipients have included Gloria Allred; Helene Hanff and Bishop Barbara Harris.

Previous: Talent from the Walt Disney Company Bring the Magic of Storytelling to Next Generation of Storytellers