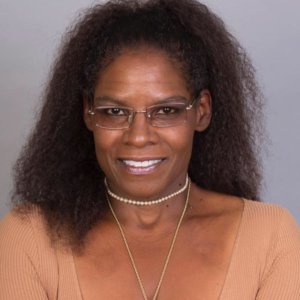 Cheryl L. Bedford, a NAACP Image Award Nominee for “Dark Girls” and Baltimore native, holds a BFA from NYU’s TSOA and MFA in Producing from AFI. She is currently based in Los Angeles, CA. As a Production Manager, Line Producer, and Producer, Cheryl has worked on countless film/tv/digital projects, including 16 Independent Features. Ms. Bedford served as CFO and Supervising Producer for a boutique studio. She was formerly Chair of  diversity Development and a Producing Instructor at a New York Film Academy in Los Angeles, California. As Chair, Ms. Bedford developed the Diversity Series, the Industry Lab (creating a bridge from school to work), among other initiatives.

She has also taught The Art of Line Producing at UCLA Extension in Westwood, CA. Ms. Bedford formed her own company, Cheryl L. Bedford Productions, in January of 2001. In her spare time, she judges film festivals.

More recently, Ms. Bedford founded Women of Color Unite, her 501(c)(3), which purpose is to help WOC get Hired, their projects Funded and their content Distributed. From the members of WOC Unite, Cheryl created The JTC List. The JTC List is a Google Doc of 1300+ Women of Color in Entertainment, which is being shared throughout the Industry. Never again will someone be able to say, they can’t find any WOC for any job above or below the line. The list is named after her mother, Joan Theresa Curtis, an activist, warrior and Ms. Bedford’s biggest fan, who passed away in 2016. To join the list or to hire women from the list, please email [email protected] 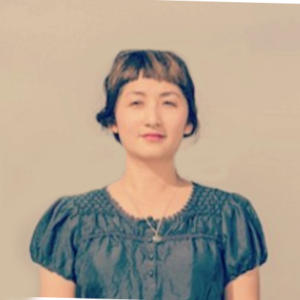 Thuc Doan Nguyen is a US and Irish citizen. She was born in Vietnam and has lived in London, England, New York City and Los Angeles. She’s a screenwriter with a feature that was in Round 2 of Sundance Film Institute Labs 2020 about generations of Vietnamese-American women called Scent of the Delta. Her feature about The Anarchists of Chicago and multi-heritage protest leader Lucy Parsons is #1 here: https://www.indiewire.com/2014/07/not-all-stories-are-about-straight-white-men-heres-12-films-that-could-make-money-and-bring-diversity-to-the-big-screen-213865/. You can find out more about Thuc here: http://consideratecontent.com/screenwriting.html. She’s worked for Warner Brothers and Jerry Bruckheimer Television. She’s currently a contributing writer for The Daily Beast and has written for PBS, Flaunt Magazine, Nylon.com, BPM, The Los Angeles Times and other outlets. Thuc is the founder of The Bitch List and of #StartWith8Hollywood, both promoting creative work that centers Women of Color. 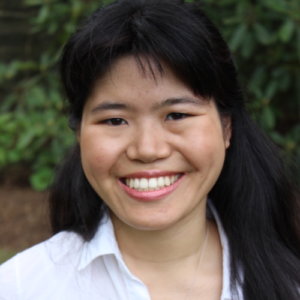 Rigelhaupt is a writer, actress, and advocate for disability and autism representation in the entertainment industry. She is also an alumna of RespectAbility’s 2020 Summer Entertainment Lab for Professionals with Disabilities. Rigelhaupt graduated in the class of 2020 from Sarah Lawrence College (NY) with a Bachelor’s degree. In 2017, she took a leap, taking a gap year from college and becoming a founding member of a new neurodiverse theatre company, Spectrum Theatre Ensemble, in Rhode Island. That year, Rigelhaupt wrote and collaborated on the company’s first show, Identity Spectrum, a show about living with a disability. During that time, she was a neurodiverse intern with Trinity Repertory Company helping create their first sensory friendly season. (Sensory Friendly performances are accessible to patrons with Autism or PTSD, who might have sensory sensitivities). She was invited to speak on her first panel at the Theatre Communication Group’s National conference about being a neurodiverse artist.

During Rigelhaupt’s senior year at Sarah Lawrence, she was the college’s Ruderman Family Foundation Inclusion Ambassador and worked with Hillel and the theatre department to produce the school’s first sensory friendly performance, along with moderating a panel of industry professionals to discuss accessibility in entertainment.

Rigelhaupt has presented on different disability and diversity panels, and published articles discussing topics such as: autism, accessibility, being a Chinese adoptee, and studying abroad in Italy as an autistic college student. She has also published tv show reviews and done consulting work. Recently, one of Rigelhaupt’s original pilots was chosen to be streamed and read by actors with the Asian American Film Lab.

Rigelhaupt wants to write for TV or film (and somehow find a way to continue acting), working with entertainment companies and professionals to create more opportunities and representation for diverse people with disabilities in the entertainment industry.