“Love on the Spectrum:” What the Show Got Right & Where it Can Improve 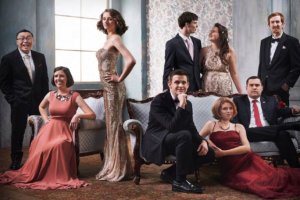 Cast of Love on the Spectrum

Rhode Island, Sept. 3 – I recently was asked to watch Love on the Spectrum on Netflix, and share my honest opinion of the series. I was nervous because I am on the spectrum. The show was described to me as a “reality show.” I worried it might sensationalize, inadvertently or even deliberately, poke fun at autistic behavioral quirks to get laughs from a neurotypical, (not autistic), audience. I was glad that wasn’t the case.

People on the autism spectrum struggle with non-verbal communication and social cues, which can make even finding friends hard. So, the added level of romantic love and dating can be extremely complex, challenging, and stressful. While there are many laughs in the show, the laughs are with, not at, the autistic young adults trying to find love.

The Australian show creators prefer the term “documentary,” and I agree. This show is far from the fights and cattiness of other dating or unscripted shows such as The Bachelor, Dance Moms, or Survivor. As multiple reviews in The Guardian, Boston Herald, and CNN mentioned, Love on the Spectrum is filled with empathy and love – both romantic, familial, friendly, and even supporting love from the director, Cian O’Cleary, and the crew.

During the five episodes, the show follows seven young autistic singles, most of whom are just beginning to navigate the dating landscape, in addition to meeting two already established relationships. Viewers are given a short intro to the match’s likes and dislikes before the date. The “daters,” as they are called, are set up on curated blind dates, in addition to sometimes attending dating events for disabled people. The show interviews the participants, asking them questions such as, “what’s your ideal relationship?” or “how do you think that date went?”

What the Show Got Right & Where it Can Improve

Love on the Spectrum gives me hope in the possibility of navigating and finding a romantic relationship. I especially enjoyed watching the already-established couples. Two couples, Ruth and Thomas, and Jimmy and Sharnae, seem to completely respect and understand one another. So often, it’s assumed that it’s impossible for autistics to find someone and sustain a relationship. This show breaks that stereotype.

Finding relationships isn’t without challenges, which are wonderfully handled onscreen.

When Amanda became overwhelmed on her date with Michael, I wondered how the director would react. While the cameras followed her as she left the table and went to a separate part of the restaurant, the crew asked her what she wanted to do. They gave her space, respecting her feelings and decisions. No one pressured her to go back or confront Michael. I was glad to see that Amanda wasn’t expected to “perform” for a story.

It was interesting to see so many types of dates/mixers designed for disabled people, such as speed dating events where participants rotated tables, and social groups that held events such as bowling. The blind dates were one of the few more organized elements of the show. While an integral part of the story, they were often the most awkward. Meeting complete strangers can be more challenging for people on the spectrum. Maybe the show could have daters first meet their matches in a less formal setting, or even talk online before meeting. Relationships sometimes start off more organically through shared activities and interests. The more engaging dates, such as the dates at the zoo and the sunflower picking, eased anxiety because there was something to do instead of sitting across from each other at a table. Additionally, I wish the show would have considered the possibility of dates with neurotypicals. For many autistics, this should be an option.

I loved the show’s female daters. Females are so underrepresented in the autistic community, especially in terms of official diagnoses. Autism research historically and still focuses on males. As one of the daters, Olivia, jokes, “you’re assessed on how male you are.” When people think of autism, they imagine boys who don’t make eye contact and love trains. The show’s creators show that is not the only picture of autism.

I enjoyed watching relationship skills coach, Jodi Rodgers, work with the boys, but I would have been interested to see her interactions with the girls. Jodi treated everyone with respect. Her work with Kelvin on a social skills anime book was an endearing ending. When Jodi said she learns so much from autistic people, I smiled with joy. I want to meet Jodi. I think everyone needs someone like her!

However, during the “social skills bootcamp,” taught by Dr. Elizabeth Laugeson, I cringed when I heard her say at the end of class, “now you have the skills to go out and start dating.” Skills take time and years to develop. Autistics take things literally. I fear the class believed they now had those skills. Lastly, the home scenes where everyone was comfortable with each other and conversation and humor were evident, were a welcome counterpoint to the awkwardness of most of the dates.

It’s wonderful how Love on the Spectrum introduces neurotypical viewers to the humanity of autistic people – making us more relatable, while, at the same time, shows autistic people that romance is possible. The audience navigates each autistic individual’s dating landscape, getting an inside glimpse at their individuality, fears, hopes, and dreams, and they do so in a positive, supportive, and enjoyable manner. Watch it and learn something about us!

Ava Xiao-Lin Rigelhaupt is an alumna of the 2020 RespectAbility Lab for Entertainment Professionals with Disabilities. A graduate of Sarah Lawrence College, she has been an advocate for disability and autism representation in the entertainment industry since 2017, when she became a founding member of a new neurodiverse theatre company, Spectrum Theatre Ensemble, in Rhode Island.