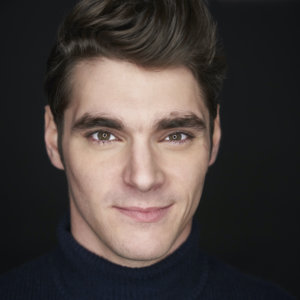 Best known for his portrayal of Walter “Flynn” White Jr for five riveting seasons of AMC’s Emmy and Golden Globe Award-winning dramatic thriller “Breaking Bad,” RJ Mitte is an actor, advocate and philanthropist who has carved out his niche in Hollywood by breaking down stereotypes and changing people’s mindsets with his easy going demeanor and positive outlook on life. During it’s final season, the “Breaking Bad” premiere drew approximately 5.9 million viewers, a number that nearly doubled to 10.3 million by the season’s final episode. As Walt Jr., referred to by fans as “The Breakfast King,” Mitte acted as the Cerebral Palsy-afflicted son of Walter (Bryan Cranston) and Skyler (Anna Gunn). As Walter continued his descent into drug manufacturing and trade, Walt Jr. finds himself torn between his father’s deceit, his mother’s protectiveness, and his own developing sense of independence. Walter Jr.’s Cerebral Palsy on the show was embellished, meaning RJ had to learn how to walk on crutches and slur his speech to create a more dramatic version of his own disability.

At the young age of three, Louisiana native Mitte was diagnosed with Cerebral Palsy, though that has never deterred his drive to succeed in television and film. After moving to Los Angeles due to his sister’s chance encounter with a casting director, Mitte landed roles in various shows such as SHOWTIME’s “Weeds,” NBC’s “Vegas,” CW’s “Everybody Hates Chris” and costarred on ABC Family’s primetime hit show “Switched at Birth,” until being cast in his life-changing role on “Breaking Bad.” Concluding “Breaking Bad,” Mitte, reemerged on the big screen in DIXIELAND, in his first non-handicapped leading role. Following this hestarred opposite Wesley Snipes in THE RECALL and was also seen in TIEMPO COMPARTIDO (Official 2018 Selection World Cinema Dramatic Competition at Sundance). In 2018, he was seen starred alongside John Cusack and George Lopez in RIVER RUNS RED and also guest starred on Starz’ coming of age television thriller “Now Apocalypse,” which premiered in early 2019. Coming up in 2020 is TRIUMPH, portraying a disabled teen that seeks acceptance as a high school wrestler with Oscar Winner Terrence Howard as his coach along with ISSAC, a romantic thriller starring with Disney’s stunningly beautiful and multifaceted actress Dove Cameron.

Never one to shy away from an opportunity to take his talents to new avenues, RJ was thrust into the global spotlight as the celebrity face and model of GAP International’s “Lived in Spring” campaign with his image appearing on mediums such as billboards, buses, and life-sized posters in cities across the world from Tokyo to Dubai and across the US, he has cemented himself as a face to know in the fashion world. He made his way to the catwalk, modeling in Men’s Fashion Week in Milan, Berlin and New York City for designers Vivienne Westwood, soPopular and Ovadia & Sons.

Throughout the years, Mitte has been an inspiration to his peers around the world by championing his Cerebral Palsy in hopes of removing the stigma associated with disabilities. In order to bring awareness to his own issues with bullying and prejudice, Mitte has engaged in public speaking and serves as the official Ambassador for United Cerebral Palsy and Shriners Hospitals for Children and partners with Shriners to spearhead their #CutTheBull campaign to advocate on anti-bullying for children with disabilities, much like himself. He’s also involved with SAG-AFTRA as a member of the union’s IAPWD (Performers With Disabilities Committee).