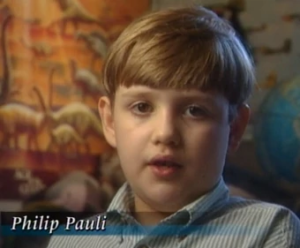 Rockville, Maryland, June 13 – If you watched the 90s TV show “Unsolved Mysteries,” then you might have seen a profile of a young boy named Philip Pauli. That episode profiled Philip for his high IQ, his reputation as a “boy genius” and his wide range of talents at a young age. Indeed, at six months of age, Philip began to talk. By eighteen months he was reading and by age three, he began to play the violin and study astronomy. The episode features Philip at his chosen playground of the Denver Museum of Natural History and working at an archeological dig.

Since that time, Philip continued his extraordinary journey. While an honors student at the University of Denver, he was chosen to spend a year studying at Oxford University. Ten years ago, he moved to Washington, D.C., to pursue a master’s degree in social policy from The George Washington University.

Philip chose a career in public policy because these are deeply personal issues for him. He achieved and experienced so much because of the support of a single mother with significant chronic health disabilities who taught him compassion and kindled in him a deep commitment to justice. 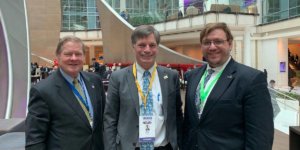 Philip now leads RespectAbility’s work on public policy and practices to the benefit of RespectAbility and millions of people with disabilities. He educates federal and state leaders about best practices to expand opportunities for people with disabilities. He has met with 48 of America’s governors and written and provided testimony on disability employment for every state. He frequently is interviewed in the media, including Governing Magazine and Forbes, as well as having published more than a dozen op-eds on disability issues in publications such as The Hill.

Philip regularly speaks at national and regional conferences on disability employment, workforce development and best practices. More than 2,000 professionals have participated in accessible webinars on best practices hosted by Philip.

“Philip has accomplished so much since joining the RespectAbility team in 2015,” said Jennifer Laszlo Mizrahi. “During his work on WIOA implementation issues, 35 states directly adopted his policy recommendations. He has been in the trenches on key issues such as definitions of competitive, integrated employment and the impact of tax cuts on programs for people with disabilities. He is deeply knowledgeable, committed to the cause and a tireless worker for justice.” 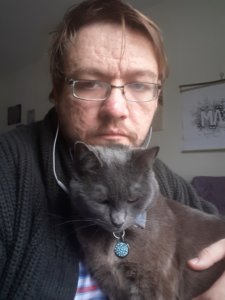 Since 2018, Kahn-Pauli has served as the co-chair of the Employment and Training Task Force of the Consortium for Citizens with Disabilities (CCD). He works with more than 110 national disability organizations to impact federal policy and move the disability employment agenda forward at the national level.

In his personal life, Philip is married to Allison Kahn-Pauli, J.D., who is Chief of Staff at a nonprofit dedicated to advocacy and mentorship for foster youth in the District of Columbia. They are avid readers, frequent hikers, theatre lovers, table-top gamers and the proud owners of a spunky rescue cat named Misty.

Next: RespectAbility Earns Highest Rating of Platinum on GuideStar