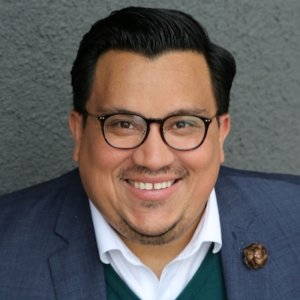 Jose Luis Plaza is a manager at The California Endowment, one of the largest private health foundations, working on various statewide portfolios ranging from immigration, civic engagement, Latinos, and LGBTQ issues among others. Previously, he served as the Bill & Melinda Gates Higher Education Fellow with the Congressional Hispanic Caucus Institute (CHCI) where he furthered his research and practice focusing on macro policy and political issues to ensure quality impact in his home base. He worked in the office of Congressman Raul Ruiz as part of his placement. Following his role at CHCI, Jose served as the national director for Latino engagement for Enroll America. Jose has served on the boards of the Latin American Youth Center, New Leaders Council- DC, and most recently was president and board chair of the Latino LGBT History Project. Born in Guanajuato, Mexico, Jose is the proud son of migrant laborers. Jose earned bachelor’s degrees in social science and English from San Diego State University. He also holds a master’s in counseling from California State University, Long Beach and is pursuing a doctorate in higher education from the University of Southern California.