Los Angeles, California, June 5 – When Jane Villanueva (Gina Rodriguez)’s son Mateo is having difficulty reading, his teacher suggests testing, saying it “could be a learning disability, sensory processing disorder, ADHD, dyslexia or could be nothing at all.”

Ultimately, Mateo, who is six, is diagnosed with ADHD in last week’s episode of The CW’s Jane the Virgin. His doctor explains that Mateo “struggles with both inattention and impulsivity” and that his “executive functions are somewhat impaired, which is why tasks are not completed and he has trouble self-regulating. It’s just harder for Mateo to focus and prioritize than other kids.”

Attention Deficit Hyperactivity Disorder (ADHD) is a brain disorder that is characterized by an individual’s consistent inattention, hyperactivity and impulsivity. While everyone experiences these symptoms at one point or another, what classifies these behaviors under ADHD is when it begins to affect normal day-to-day functioning and/or development. ADHD is typically diagnosed in children. According to the Centers for Disease Control and Prevention (CDC), more than 6.4 million children have been diagnosed with ADHD in the United States – 11 percent of children ages four to 17. ADHD Predominantly Inattentive Type, also known as ADD, is a type of ADHD that does not involve hyperactivity. People with ADD may have trouble finishing tasks or following directions and might be easily distracted. But the symptoms are generally less noticeable for ADD than ADHD, and as a result many people with ADD are unfortunately overlooked. 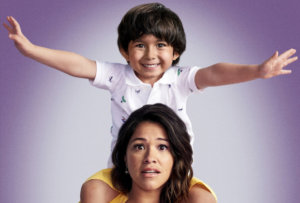 Jane and Mateo’s father Rafael originally argued about both when and if they should get their son tested. Rafael argued against, saying “because they’ll find something even if there is nothing to find. People these days hand out diagnoses like Halloween candy.”

Jane counters, “everything I read showed that early diagnosis is extremely important.”

Early intervention is vitally important. Recent breakthroughs in neuroscience have proven that children’s’ brains are “neuroplastic,” especially in the first six years of life. This means that with good early intervention, children’s brains can literally be rewired to become more successful.

Frequently “invisible disabilities” such as ADHD and ADD are not diagnosed and students do not receive the support they need to achieve, especially among lower income and minority school districts. Not enough educators recognize a difference between when a child CAN’T follow instructions due to an executive function disorders or other cognitive issue, as opposed to WON’T follow instructions due to defiance.

Frustrated, students can act out and become suspended. Studies show that when students miss too many days, either for being truant or just being absent, they get so far behind in class that it can lead to them dropping out of school, which can lead to  the school-to-prison pipeline. Today there are more than 750,000 people with disabilities behind bars in America. Many of them do not have high school diplomas, are functionally illiterate and are people of color.

By modeling testing and treatment in this television series, Jane the Virgin can be transformative for children and parents, who may be watching, alike. A television show literally can inspire parents, teachers and other caregivers to help their children build skills, resiliency and success.

Story lines such as this one in Jane the Virgin are making a difference in how audiences perceive disability. The more people see successful individuals with disabilities in the media, the less likely people will have a negative attitude toward disabilities. And the success of television shows that embrace disability in their diversity conversations prove it is good for their bottom line as well.

Gina Rodriguez Open About Her Disabilities

Jane the Virgin star Gina Rodriguez has publicly discussed her anxiety and Hashimoto’s disease on Instagram. 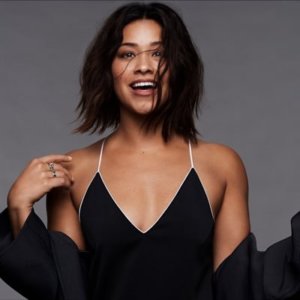 “I suffer from anxiety. And watching this clip I could see how anxious I was but I empathize with myself. I wanted to protect her and tell her it’s ok to be anxious, there is nothing different or strange about having anxiety and I will prevail. I like watching this video. It makes me uncomfortable but there is a freedom I feel maybe even an acceptance. This is me. Puro Gina,” Rodriguez wrote in the caption underneath the video she shared on Instagram.

In 2015, she posted an Instagram photo with a caption about her struggle with body acceptance regarding her Hashimoto’s disease. Hashimoto’s is an autoimmune condition that affects the thyroid and can cause chronic fatigue and weight gain. Since the release of that photo, she consistently has posted about body acceptance, self-love and confidence.

“I love this picture because I feel like young Gina finally made herself her own hero,” Rodriguez said in the caption underneath the 2015 photograph.

While studies show many people within the Latinx and other communities hide their invisible disability due to negative stigmas, Rodriguez leads by example by openly sharing about her experiences on Instagram. And by Jane the Virgin showing Rodriguez’s character’s son having ADHD, the show helps remove stigmas that exist within the Latinx community about disabilities – and seeking early diagnoses and interventions.

Jane the Virgin airs on Wednesday evenings at 9:00 p.m. ET on The CW.

Next: The Employables Showcases People with Disabilities on the Job Hunt