The Employables Showcases People with Disabilities on the Job Hunt

Adam Fishbein, a National Leadership Fellow at RespectAbility, has Tourette Syndrome, one of the disabilities highlighted in A&E’s new show The Employables.

Rockville, Maryland, June 5 – The entertainment industry recently has made meaningful progress in the accurate representation of people with disabilities in TV shows. Accurately portraying and including people with disabilities on screen is not just the right thing to do, it also makes sense economically – given that the disability market is valued at more than $1 trillion according to Nielsen Research.

One of the latest additions to this trend is A&E’s The Employables. Each episode in this docuseries follows two unemployed individuals in their job search–one with Tourette Syndrome (TS) and one on the Autism spectrum. Through interviews with the individual, their family, and potential employers, The Employables effectively displays the struggles of the job search for people with disabilities. 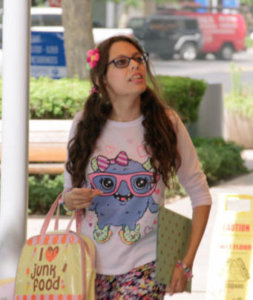 “I went from being on the dean’s list to becoming academically disqualified,” said James, a 35-year-old with TS in the first episode. “But it’s what we got. It’s the cards you’re dealt so you play the hand you have.”

However, The Employables also showcases the unique skills and talents of each individual and how these traits can benefit their employers as much as–and often more than–people without disabilities. For example, medical professionals conduct IQ testing. Each subject consistently scores above-average for traits such as perceptual reasoning, creativity and verbal comprehension.

Occupational psychologist Dr. Nancy Doyle tested 23-year-old Hayden, who is on the Autism spectrum. “Hayden is an incredibly talented young man,” Doyle explained. “There are only 1 in 1000 that will have verbal skills as good as his and only 2 in 1000 that will have visual spatial reasoning skills like he has and, you know, those are phenomenal abilities.”

As a person with TS myself, I appreciate that people with TS are being given the opportunity to showcase what they can do, versus what they cannot do. However, I personally did not like how the camera often lingers after the person with TS had finished speaking but was still ticcing. This seemed degrading to me because they were overemphasizing the presence of tics in the individual’s life for entertainment purposes and to make viewers sympathize for or pity them. On the other hand, the producers effectively showed the subjects’ desire to meaningfully contribute to society and fulfill their personal goals through employment. 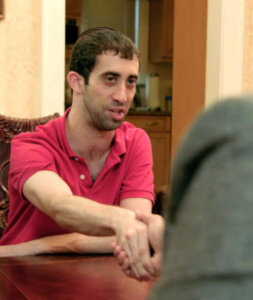 “To find a job, it would give me a chance to provide for my family. So, we can move together, forward. That is my goal in life,” James said. “I want to be able to contribute to society. I want to feel like I can be part of something.” This perception of people with disabilities is much more accurate than their historical portrayal as deserving of pity and being unable to add value to society.

As the season continues, I hope to see more diversity, as it is important to show people of all races, ethnicities, genders, sexual orientations, religions, etc. Disability does not discriminate and people with disabilities from additional marginalized backgrounds often face additional barriers.

Overall, The Employables is a major step in the right direction. With just 2.1 percent of scripted television characters having a disability, it is heartening to see more and more representation of people with disabilities in TV in reality television, as well as shows specifically about their day-to-day lives. After all, The Employables is the latest in a long list of A&E shows that shine a spotlight on disability. Last year, A&E aired Deaf Out Loud, a documentary that followed the lives of three predominantly deaf families who utilize different communication modalities in everyday life. A&E is also the network that aired Born This Way, an Emmy-award winning reality show starring people with Down syndrome who want to achieve independence.

“Airing shows with disability front and center does not happen by accident,” said Lauren Appelbaum, who leads RespectAbility’s Hollywood Inclusion efforts as the organization’s Vice President of Communications. “What we see on screen influences how we act in real life. Thus, when networks like A&E make the decision to include television shows highlighting individuals with visible disabilities in positive and accurate portrayals, they can help to remove the stigmas that currently exist about both interacting with – and employing – individuals with disabilities.”

Disability Unemployment In Need of a Spotlight

Adam Fishbein’s interest in disability advocacy stems from his own mental health and learning challenges. Throughout his childhood, he was involved in the PA Tourette Syndrome Alliance (PA-TSA) and the Tourette Association of America.