Empowerment for Mothers of Students with Disabilities 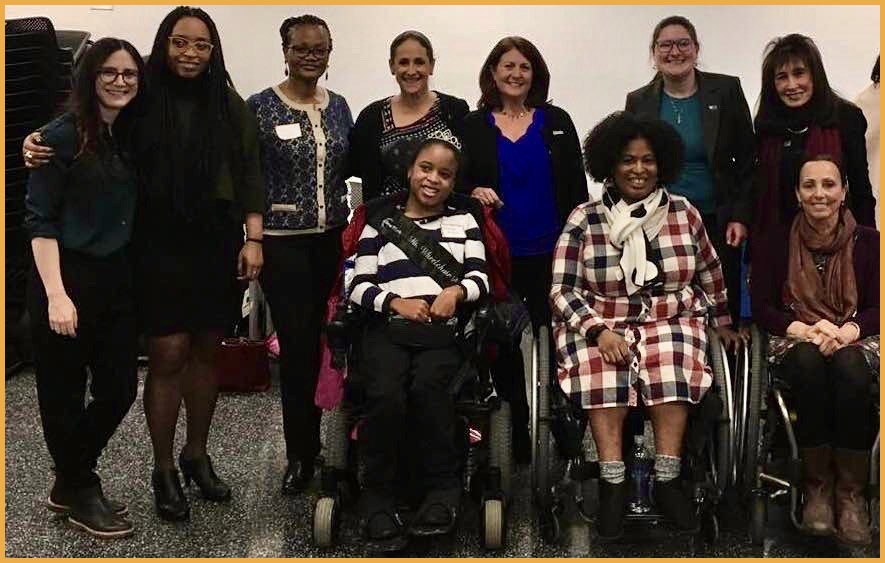 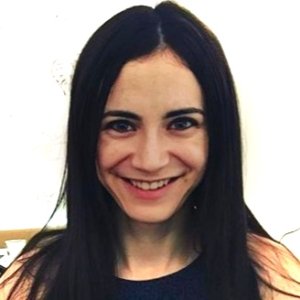 Gabrielle Einstein-Sim holds a Master’s degree in Community Health Education from Teachers College Columbia and a Bachelor’s degree from University of Michigan in economics. She is a member of the Jewish National Fund’s Disability Task Force, focusing specifically on the Special in Uniform program, which enables people with disabilities to serve in the Israeli army.

Ms. Einstein-Sim moderated our opening panel: “Parent Advocacy: Victories from the Past, Navigating the Present, and Advancing the Future.” 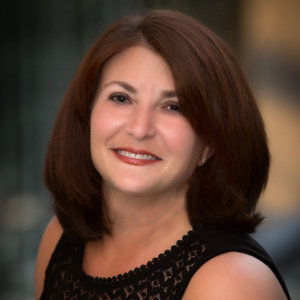 Donna Meltzer is CEO of the National Association of Councils on Developmental Disabilities (NACDD), a national non-profit organization that supports the nation’s 56 governor-appointed Developmental Disabilities Councils that work within state government to promote independence, productivity, and integration of people with disabilities through systems change activities. In this capacity, Ms. Meltzer oversees the organization’s public policy and advocacy agenda as well as technical assistance to the member Councils. Ms. Meltzer joined the NACDD in October 2012. Previously she was the Senior Director of Government Relations for the Epilepsy Foundation. She rejoined the Epilepsy Foundation in July 2005 after having previously worked for the Foundation from 1987 – 1993. She also served as Director of Legislative Affairs for the Association of University Centers on Disabilities (AUCD) from 1995-2005. Ms. Meltzer began her career on Capitol Hill working for the Honorable Tony Coelho (D-CA), a former Congressman and House Whip from California who is the father of the Americans with Disabilities Act (ADA) and a person with epilepsy. Ms. Meltzer also spent two years as the Government Affairs Director for the National Health Council where she directed the advocacy agenda for the Council’s Voluntary Health Agency (VHA) members. She is a graduate of the University of Maryland’s School of Journalism. Ms. Meltzer also participates in several key coalitions including serving as President of the Board of Directors of the Coalition for Health Funding. She is a past Chair of the Consortium for Citizens with Disabilities (CCD) where she continues as a co-chair of the CCD’s Fiscal Policy Task Force.

Ms. Meltzer participated in the opening panel: “Parent Advocacy: Victories from the Past, Navigating the Present, and Advancing the Future”. She addressed ‘Victories from the Past’, and then facilitated small group discussions on two out of 10 of our “Tip Talks” –‘Planning for Success: Advocating for Your Daughter or Son with a Disability.’ 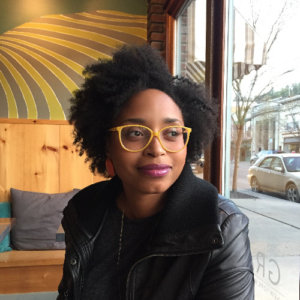 Michelle Grier is a social justice worker who is the Director of Social Work for Girls of Gender Equity, and serves on the board of S.O.U.L. Sisters Leadership Collective – both civic and social organizations. Ms. Grier, raised in Brooklyn, dedicates her time to providing culturally relevant mental health services to youth of color. She also trains social workers and educators on bringing culturally sensitive models to their practice. Prior to her current position, Ms. Grier worked for Achievement First Endeavor Middle School as the Director of Socio-Emotional Learning and Social Work. Prior to her work with Girls of Gender Equity, Ms. Grier worked for Achievement First as a social worker and the director of its socio-emotional learning program. Ms. Grier also served on the board of the YWCA of Brooklyn. Ms. Grier holds a MSSW from Columbia University.

Ms. Grier participated in the opening panel: “Parent Advocacy: Victories from the Past, Navigating the Present, and Advancing the Future”. She addressed ‘Navigating the Present’, and then facilitated small group discussions on two out of 10 of our “Tip Talks” –‘Planning for Success: Advocating for Your Daughter or Son with a Disability.’ 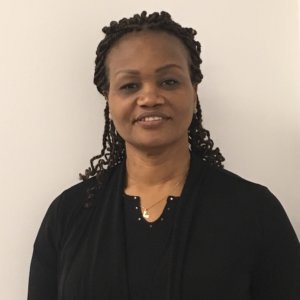 Dr. Nelle L Richardson is a pastor, motivational speaker, counselor, life coach, and self-advocate with an invisible disability; godmother to Miss Wheelchair NY 2018 and mother of two adult children; wife of 32 years; and leader in her community. Dr. Richardson has worked for the Federation Employment and Guidance Services/NYC LINKS for 22 years as a counselor in its Mental Health Unit and a case manager for the Criminal Justice Department. Her duties involve evaluating individuals and working with the New York City Supreme Law Judge, The Assistant District Attorney of New York City and various attorneys, community professionals, parole, probation, and other detention centers across New York City. Dr. Richardson is the founder and CEO of “The Will To Win Ministry,” a non-profit organization that empowers professional women and families by releasing negative stigma, hurt and shame associated with many life issues, including disability. The Ministry has been in operation since 1997 and has supported individuals and families in the United States and internationally, helping people get back on track to lead successful lives. As a motivational speaker; Dr. Richardson’s motto is to encourage and help others to have a better life one day at a time. Her greatest joy is to see someone moving ahead of his/her challenges. Dr. Richardson has also volunteered her services in her community, addressing suicide prevention among youth in the LGBTQ community, and working with other youth and families through her Church. Dr. Richardson is completing her first book, Safety in Chaos,to help children find safety when everything around them seems chaotic. She continues to spread love through motivation wherever she goes.

Dr. Richardson participated in the opening panel: “Parent Advocacy: Victories from the Past, Navigating the Present, and Advancing the Future”. She addressed ‘Advancing the Future’, and then co-facilitated small group discussions on two out of 10 of our “Tip Talks” –‘Planning for Success: Advocating for Your Daughter or Son with a Disability. Dr. Richardson also addressed the important 11th Tip: ‘The Importance of Self-Care of the Mother / Parent.’ 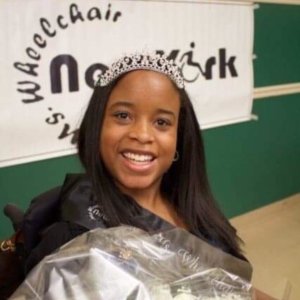 Katrina Hazell is a college student from Brooklyn and an advocate for people with disabilities. She was crowned Ms. Wheelchair NY 2018. She is the founder of an advocacy group called Voices of Power. She says her goal is to bring awareness to her role as an advocate and its significance. Ms. Hazell was diagnosed with cerebral palsy at a young age.

Ms. Hazell co-facilitated small group discussions on two out of ten of our “Tip Talks” –‘Planning for Success: Advocating for Your Daughter or Son with a Disability.’ 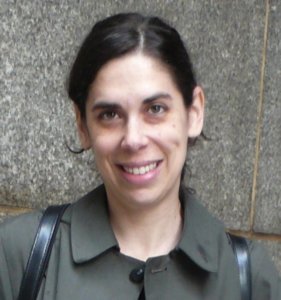 Dr. Jordana Mendelson is a parent advocate and serves on the Steering Committee of the Arts for All Abilities Consortium. An author, curator, and professor, Dr. Mendelson currently serves as Associate Professor in the Department of Spanish and Portuguese Languages and Literature at New York University. She received both her M.A. and Ph.D. in Art History from Yale University.

Dr. Mendelson facilitated small group discussions on two out of ten of our “Tip Talks” –‘Planning for Success: Advocating for Your Daughter or Son with a Disability.’ 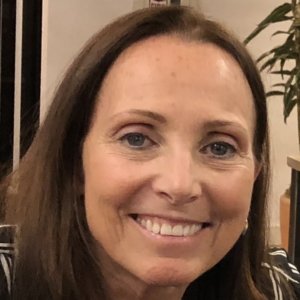 Candace Cable was a Public Policy/Employment Fellow in RespectAbility’s National Leadership Program for Spring of 2019, and is now the California Workforce Program Manager at RespectAbility. Ms. Cable’s involvement in sports after a spinal cord injury in 1975 at the age of 21 gave her renewed health, the ability to socially re-engage and a purpose in life. After her 27-year Paralympic athletic career, she uses this platform to effect positive global cohesive change for people with disabilities through her disability education training, consulting, writing, volunteering and speaking.

Ms. Cable co-facilitated small group discussions on two out of ten of our “Tip Talks” –‘Planning for Success: Advocating for Your Daughter or Son with a Disability.’

Ms. Lee co-facilitated small group discussions on two out of ten of our “Tip Talks” –‘Planning for Success: Advocating for Your Daughter or Son with a Disability.’ 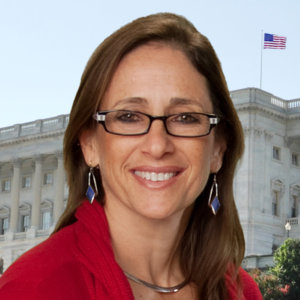 Debbie Fink is the Director of Community Outreach & Impact for RespectAbility, and Project Director for its ‘Women’s Disability Leadership, Inclusion & Advocacy Series.’ She brings more than 15 years of diverse leadership experience in public health, education and arts programming to serve RespectAbility’s mission. Ms. Fink has a lifetime commitment to enabling people with disabilities to have a better future and is passionate about the constructive impact volunteers can make in the world. A mother, author, educator and performer, her books and curricula have been distributed through schools worldwide, impacting over 500,000 beneficiaries, and has ‘edu-tained’ military families on her global tours with the USO.

This training was generously hosted by CUNY’s Guttman Community College, and was in collaboration with multiple organizations and agencies throughout the city including  Arts for All Abilities Consortium, DemocracyNYC, Girls for Gender Equity, INCLUDEnyc, L.O.V.E. Mentoring, and Youth Action YouthBuild East Harlem.

This project was made possible by the generous support of the New York Women’s Foundation (NYWF) and the Coca-Cola Foundation.

Next: Cristina Sanz: First Hispanic with a Disability As Part of Ensemble Cast to Be on an Emmy Award-Winning Show