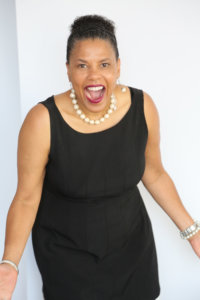 Washington, D.C., Feb. 27 – “What’s a leg got to do with it?” This is the question Donna Walton poses to her audience in speeches regarding her experience as a woman with a disability. As an amputee, Walton has experienced her fair share of people mistaking her disability for a weakness that supposedly makes her less of a woman. She works to reject that misconception and answers the question she poses to her audience: “Not a thing.” Walton has dedicated her life to reshaping the perception of what a disability looks like and stressing that a disability is not a person’s sole defining trait.

Walton is a Washington, D.C., native, an award-winning speaker, an author, an advocate and a board member of RespectAbility, a nonprofit organization fighting stigmas and advancing opportunities for people with disabilities. She has dedicated a significant amount of her time to fight for diversity causes, especially within the disabled community and with a focus on women of color. Walton earned her bachelor’s degree in 1979 from American University, a master’s degree in 1985 in Adult Education from Syracuse University, and in 2005, a doctoral degree in Counseling from George Washington University.

Walton became an amputee at the age of eighteen due to osteogenic sarcoma, a potentially fatal form of bone cancer, and initially struggled to accept and adjust to the loss of her leg. Acceptance took her some time. Ten years passed before she wore a dress again, when she finally realized that “one leg was not the sum of who [she] was.” She emphasized that while acceptance personally took her ten years, it comes whenever one’s ready; there’s no magic number. Her successes gave her more confidence and led her to the conclusion that her disability was not negative at all. Walton recounts the experiences that led to her acceptance and reinvention in her novel Shattered Dreams, Broken Pieces. She contends that in her history as an activist, her book is her proudest achievement. 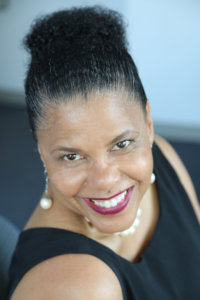 Walton is also the founder of the Divas With Disabilities Project. She founded the project in 2012. “[It began] with women with disabilities connecting with the topic and meeting other women like themselves,” said Walton. The project strives to reshape the perception of what a “disability” looks like by promoting women of color through an array of media platforms. Divas With Disabilities works toward this goal by providing opportunities that increase the participation of Black and Brown women with disabilities in mass media industries. The organization creates and hosts programs, events and initiatives that promote civic engagement and financial empowerment to accomplish its goal. One of the most promising initiatives is the creation of a talent pipeline of qualified actors with disabilities from which casting agencies and film directors can hire Black and Brown women with disabilities. Divas who already are present in certain arts use their platforms to amplify and magnify the stories of women of color with disabilities.

Divas With Disabilities started as a small Facebook group but has grown into a nationwide movement with more than 2,000 members and supporters. “It was extremely eye opening,” Walton says of the project’s success. She continued to say that it was fortifying to know that she was not alone on this journey. She was reassured by the fact that there were other women who had the same vision as her to see themselves portrayed in mass media and film, where their disability is just a detail of their character rather than their sole defining trait. Walton cites the lack of role models, and not seeing herself reflected in mass media on a regular basis, as the impetus for the creation of the initial Facebook group.

The Future of Divas with Disabilities: An Annual Empowerment Conference

In the future, Walton hopes that the project can develop a global message, hire staff and eventually become a “formidable nonprofit organization that is able to serve black and brown women and girls of color all over the world.” Currently, Walton is working on an annual empowerment conference that she hopes can occur in the Fall of this year. “I hope that even if it can’t be as large as I envision it, it can still be a local conference,” says Walton, and that it can introduce the world to what Divas With Disabilities stands for.

Regarding difficulties in the initial development of the project, Walton could only name her own personal discontent with not being able to reach all the women who could identify with the Divas With Disabilities cause. “[There were] not many struggles because the landscape was very open for this [kind of] organization,” says Walton. She sought to create a sisterhood she felt was not present when she was coming to terms with her own disability. 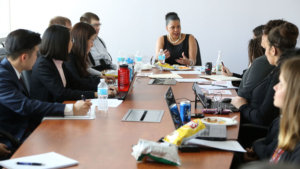 Walton wants to tell every woman of color living with a disability, “If what you want is not behind door number one, door number two, or door number three, kick a hole in the wall and make a new door,” and “no matter what the circumstance, you have the power to not only overcome but also transcend beyond the barriers.” She continues to stress the importance of affirming yourself as you likely will not receive the affirmations you are seeking from others. Walton’s life of achievements affirms that her disability does not make her less of a woman but a superwoman.

Next: Black Hollywood: The Struggle to Include Disability