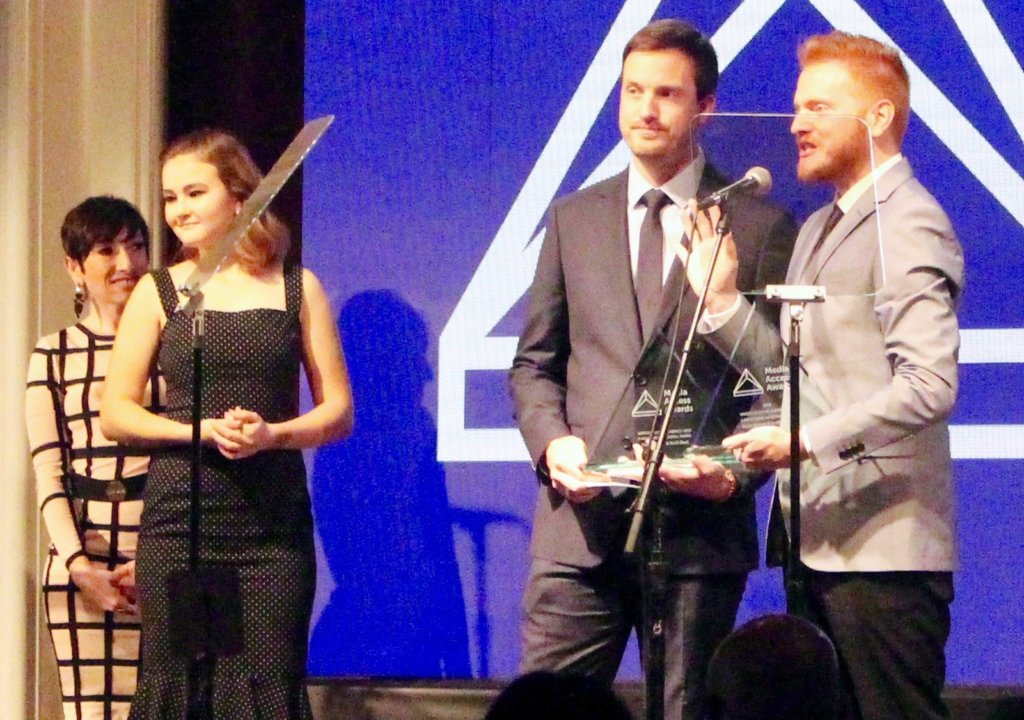 Beverly Hills, California, Nov. 8 — Scott Beck and Bryan Woods, writers and producers of A Quiet Place, were honored alongside actor-director John Krasinski at the Media Access Awards, which recently has formed a partnership with Easterseals Southern California. The ceremony honors media and entertainment trailblazers advancing disability awareness and inclusion.

Millicent Simmonds, a deaf actress who starred in A Quiet Place, presented Beck, Woods, and Krasinski with the Writers Guild of America West Evan Somers Memorial Award for their work on A Quiet Place.

“[This award is] a reminder that the stories that we choose to tell can actually have a positive effect beyond the screen,” Beck said while accepting the award.

Woods and Beck are co-writers, producers and directors, best known for A Quiet Place, which they co-wrote and produced. Krasinski, known for NBC’s The Office and the Amazon series Jack Ryan, co-wrote, produced and directed A Quiet Place. A Quiet Place is a dramatic-thriller about a family trying to survive in silence while being hunted by monsters that are attracted to sound. The movie features a deaf character who is played by Simmonds, who is also deaf. 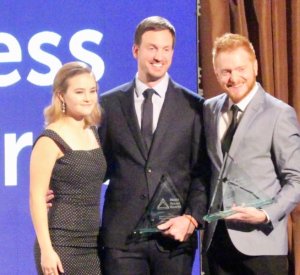 “We’d like to thank Millie,” Beck said at the ceremony. “She became the defining voice of A Quiet Place. The life experience that she brought gave her character in the film an authenticity that we could only be a small part of on the page. In many ways, we consider Millie to be the fourth writer of A Quiet Place.”

The hearing cast of A Quiet Place learned American Sign Language to provide authenticity to the movie, as well as to better communicate with each other on set. “It was really amazing and brought an extra depth to the film,” Beck said in an interview with The Hollywood Reporter.

Krasinski pushed for casting that included a deaf actress playing the character written as deaf. The filmmakers felt that casting Simmonds, a talented actress who is deaf, helped the film become the success it is. “I found myself asking her [Simmonds] all the time, ‘Is this right?’ And she would be like, ‘maybe do it more like this?” She was not intimidated at all.” Krasinski said of Simmonds influence in an interview with The Wrap.

“When I got the original script from Beck and Woods, they had this deaf character in the movie and in my rewrite, I just really wanted to flesh that out even more,” said Krasinski in the interview. “When you get someone like [Millicent Simmonds], not only are you so happy and honored to have a deaf actress preform in this role, but you also have a guide through this entire story.”

Next: CJ Jones: Stay Inspired and Be Authentic